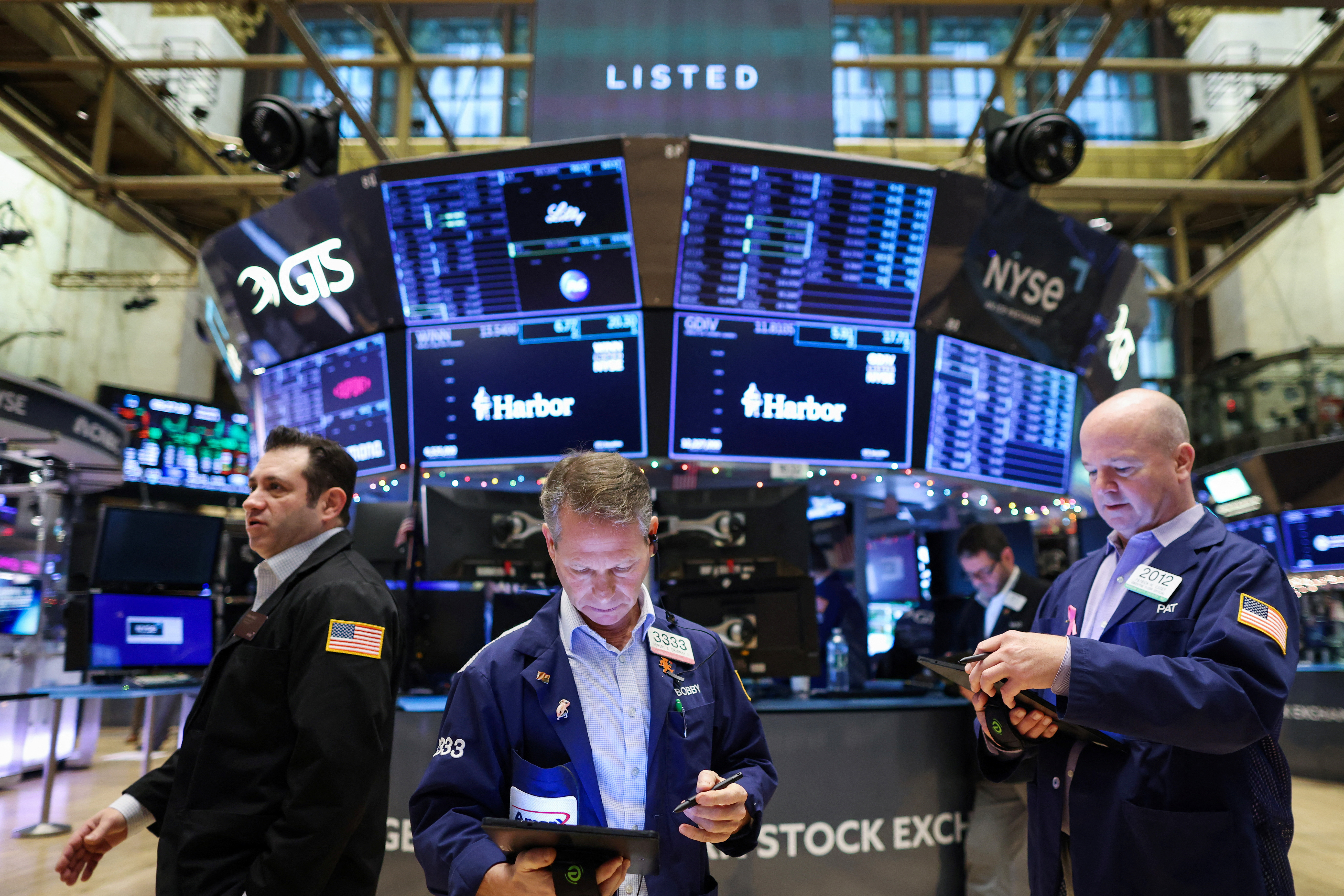 “It seems that investors are finally coming to the conclusion that getting inflation under control is not a free lunch and that all the tightening the Fed has had to do to get inflation moving in the right direction, comes with economic costs,” said Michael Reynolds, vice president of investment strategy at Glenmede.

“Investors may have had this false belief that this soft landing scenario was a higher probability event than it actually is.”

“The market was overbought. Today’s economic data served as a trigger to initiate a profit taking spell and the groups with most profits to take have been the ones that have done best last year,” said Stovall.

The Fed commentary also highlighted the disparity between the U.S. central bank’s estimate of its terminal rate and market expectations, which were of the rate peaking at 4.88% by June. Traders are now betting on a 25-basis point rate hike in February.

Investors are also focused on the fourth-quarter earnings season as a window into how corporate America is doing against the backdrop of higher interest rates.

Analysts now expect year-over-year earnings from S&P 500 companies to decline 2.6% for the quarter, according to Refinitiv data, compared with a 1.6% decline in the beginning of the year.

IBM Corp (IBM.N) shares were in the red after Morgan Stanley downgraded the company’s shares to “equal weight” from “overweight”.