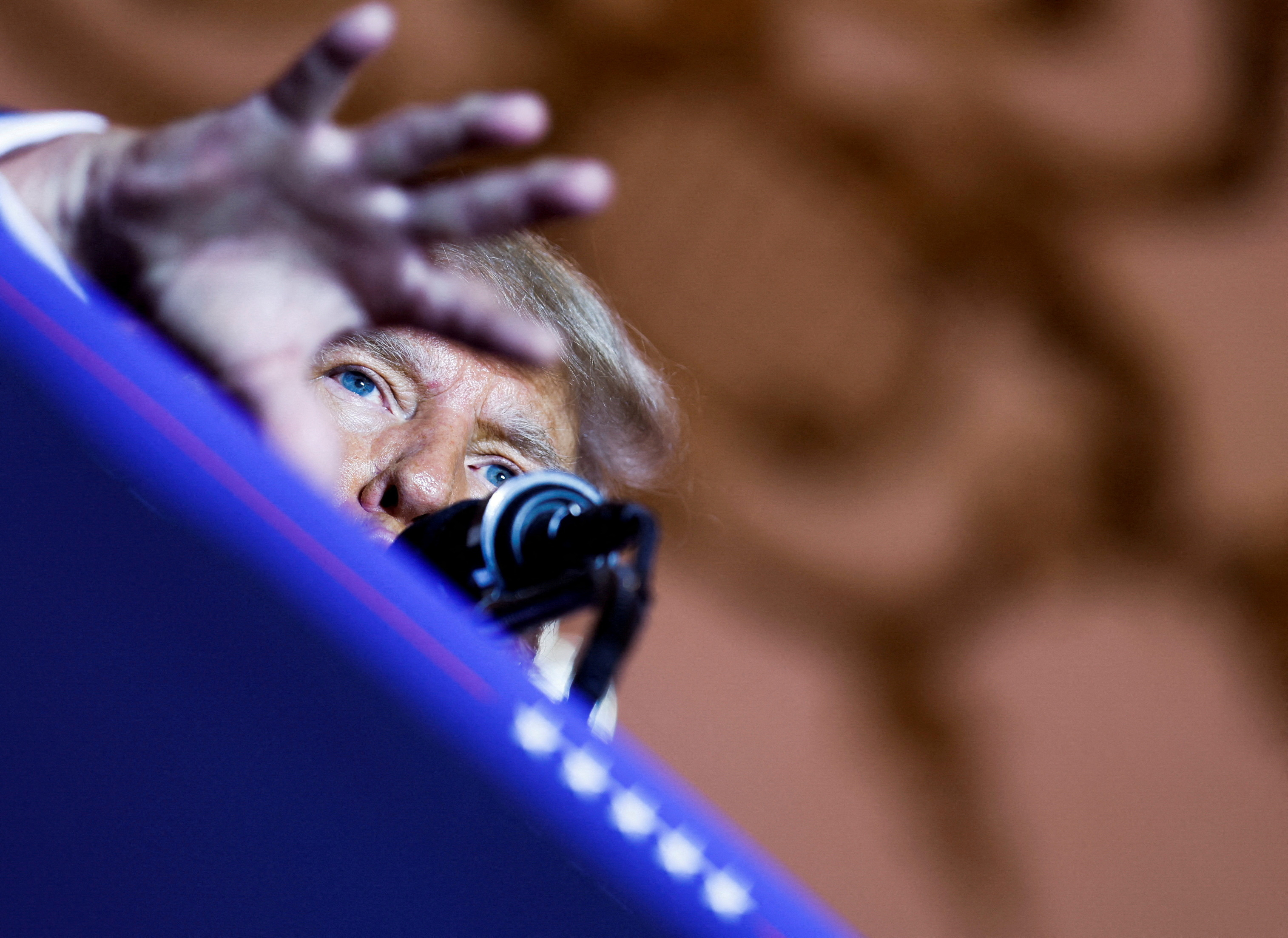 Former U.S. President Donald Trump gestures as he announces that he will once again run for U.S. president in the 2024 U.S. presidential election during an event at his Mar-a-Lago estate in Palm Beach, Florida, U.S. November 15, 2022. REUTERS/Jonathan Ernst/File Photo

A U.S. House of Representatives committee has obtained Donald Trump’s tax returns, following a years-long court fight with the Republican former president who accused the Democratic-led panel of being politically motivated, CNN reported on Wednesday.

The Ways and Means Committee, which had been seeking Trump’s tax returns spanning 2015 through 2020, will have little time to do its work, with Republicans poised to take the House majority in January.

The committee said it needs the documents, which it obtained following a Supreme Court decision clearing the release, to establish whether the Internal Revenue Service is properly auditing presidential returns and whether new legislation is needed.

Trump, who on Nov. 15 began his third consecutive run for the presidency, fought the committee tooth and nail to avoid releasing them.

He was the first president in four decades not to release his tax returns as he sought to keep secret the details of his wealth and the activities of his real estate company, the Trump Organization. It had long been customary, though not required, for major party presidential candidates to release their returns.

Trump, who served as president from 2017 to 2021, reported heavy losses from his business enterprises over several years to offset hundreds of millions of dollars in income, according to news media reporting and trial testimony about his finances. That allowed him to pay very little in taxes.

A major question hanging over the committee’s work is what will happen to the returns when Republicans take control of the House from the Democrats. The committee first requested Trump’s returns in 2019.

Democrats on the Senate Finance Committee, the counterpart to the Ways and Means Committee, were considering their options on any action relating to Trump’s tax returns, according to an aide who spoke on condition of anonymity. Democrats held their Senate majority in November’s midterm elections.