Spanish security forces found a third suspected explosive device hidden in an envelope mailed to a European Union satellite centre located at an air force base in Torrejon de Ardoz, outside Madrid, the defence ministry said on Thursday.

After scanning the envelope by X-ray, air force security officers determined it contained “a mechanism”, the ministry statement said. Police were still analysing the parcel on Thursday morning.

The satellite centre supports the EU’s common foreign and security policy by gathering information from space intelligence devices, according to its website. EU Foreign Policy Chief Josep Borrell described such systems as “the eyes of Europe” in September.

Two letter-bombs were found on Wednesday addressed to the Ukrainian embassy in Madrid and to a weapons manufacturer, Instalaza in Zaragoza, in northeastern Spain, police said.

Instalaza manufactures the C90 rocket launcher that Spain has supplied to Ukraine.

Ambassador Serhii Pohoreltsev told the Ukrainian news site European Pravda that the suspicious package addressed to him was handed to the embassy’s commandant, a Ukrainian staff member.

“The package contained a box, which raised the commandant’s suspicions and he decided to take it outside – with no one in the vicinity – and open it,” Pohoreltsev was quoted as saying.

“After opening the box and hearing a click that followed, he tossed it and then heard the explosion…Despite not holding the box at the time of the explosion, the commandant hurt his hands and received a concussion.”

Spain’s High Court has opened a probe into the attack as a possible case of terrorism. 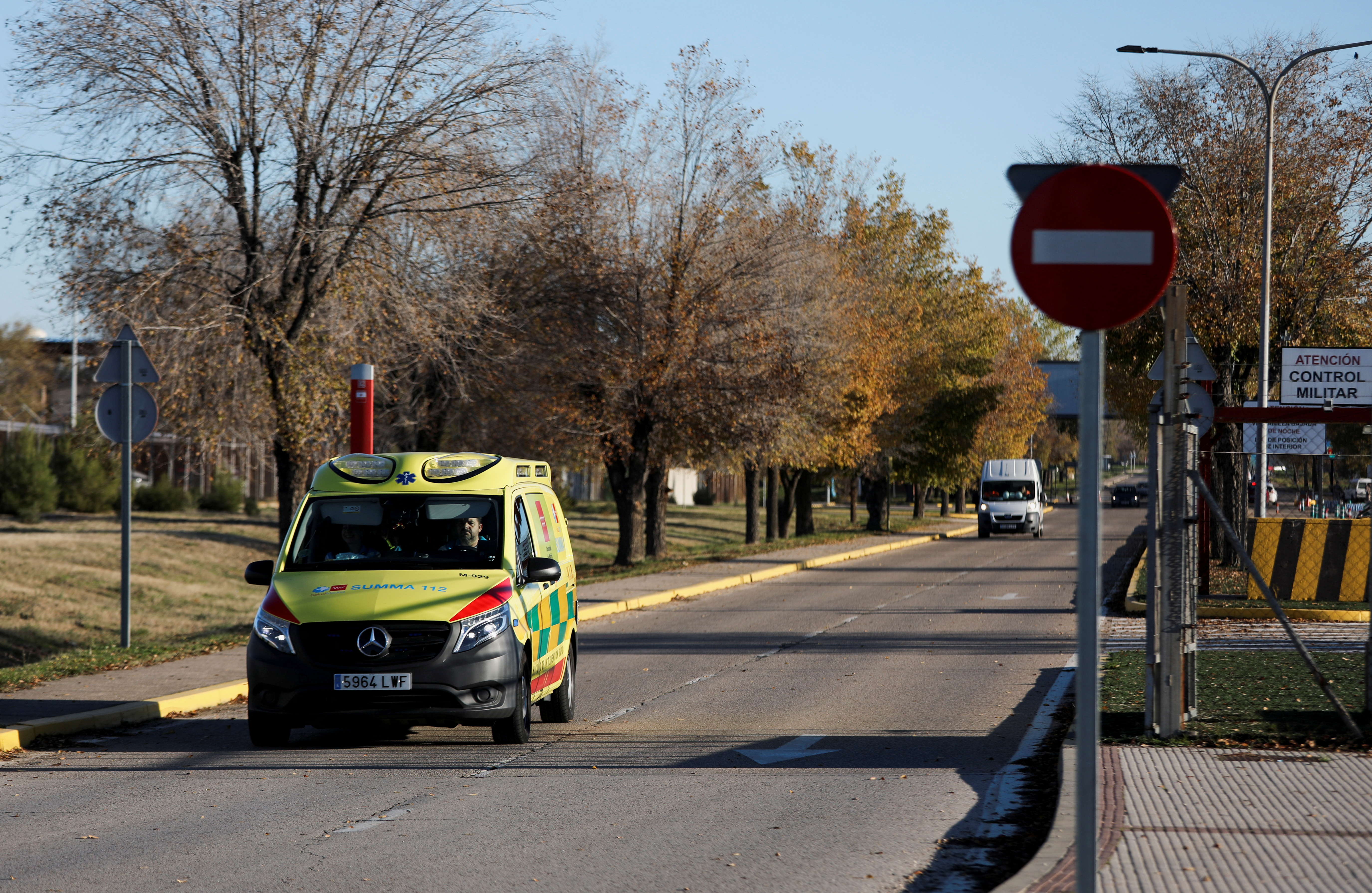 A ambulance is seen coming out of the Air Force base of Torrejon de Ardoz after a suspected explosive device hidden in an envelope was mailed to the base, in the wake of two others sent to targets connected to Spanish support of Ukraine, amidst Russia’s invasion of Ukraine, outside Madrid, Spain December 1, 2022. REUTERS/Violeta Santos Moura 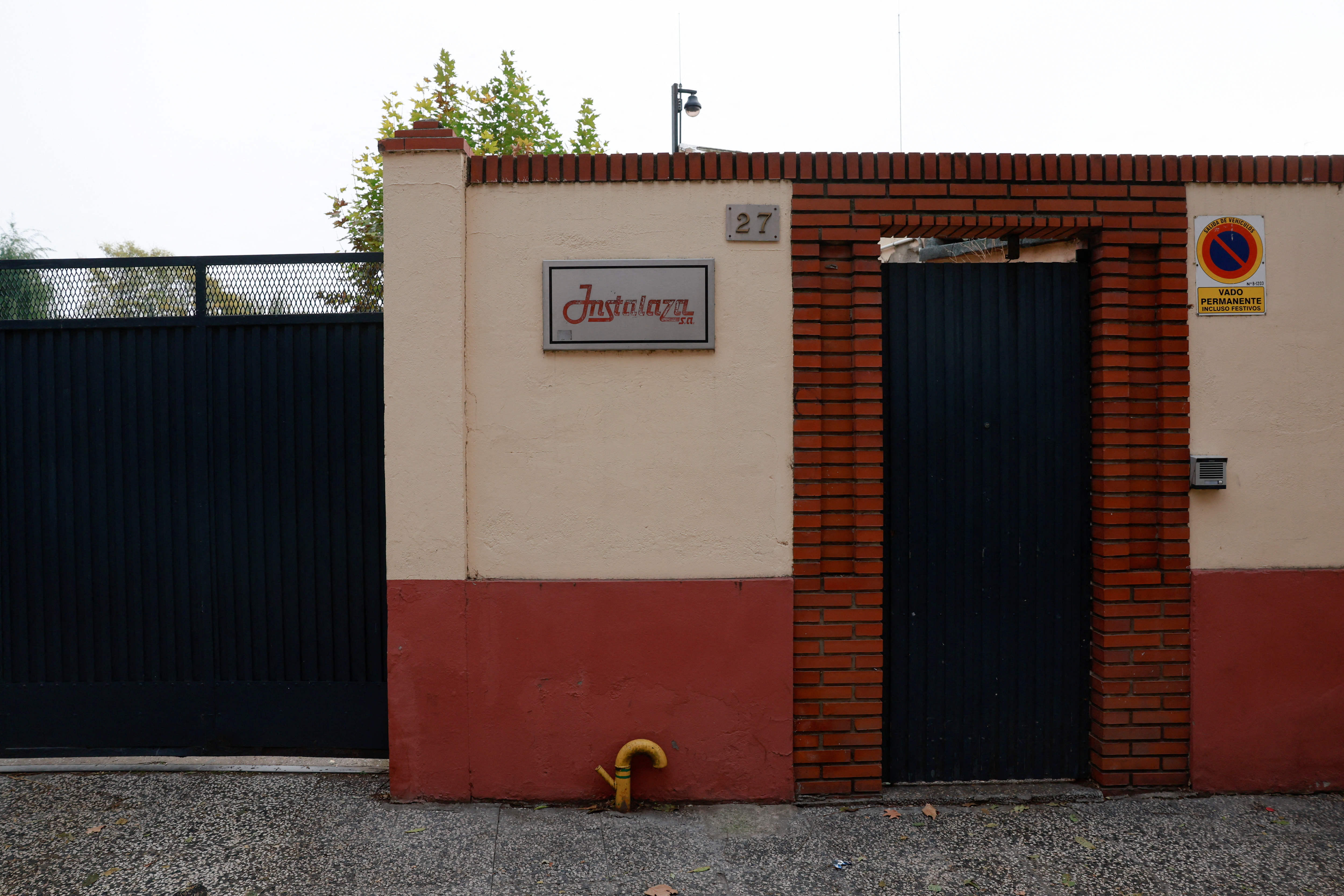 A general view of Instalaza arms company, after it received a letter bomb on Wednesday in Zaragoza, Spain, December 1, 2022. REUTERS/Vincent West 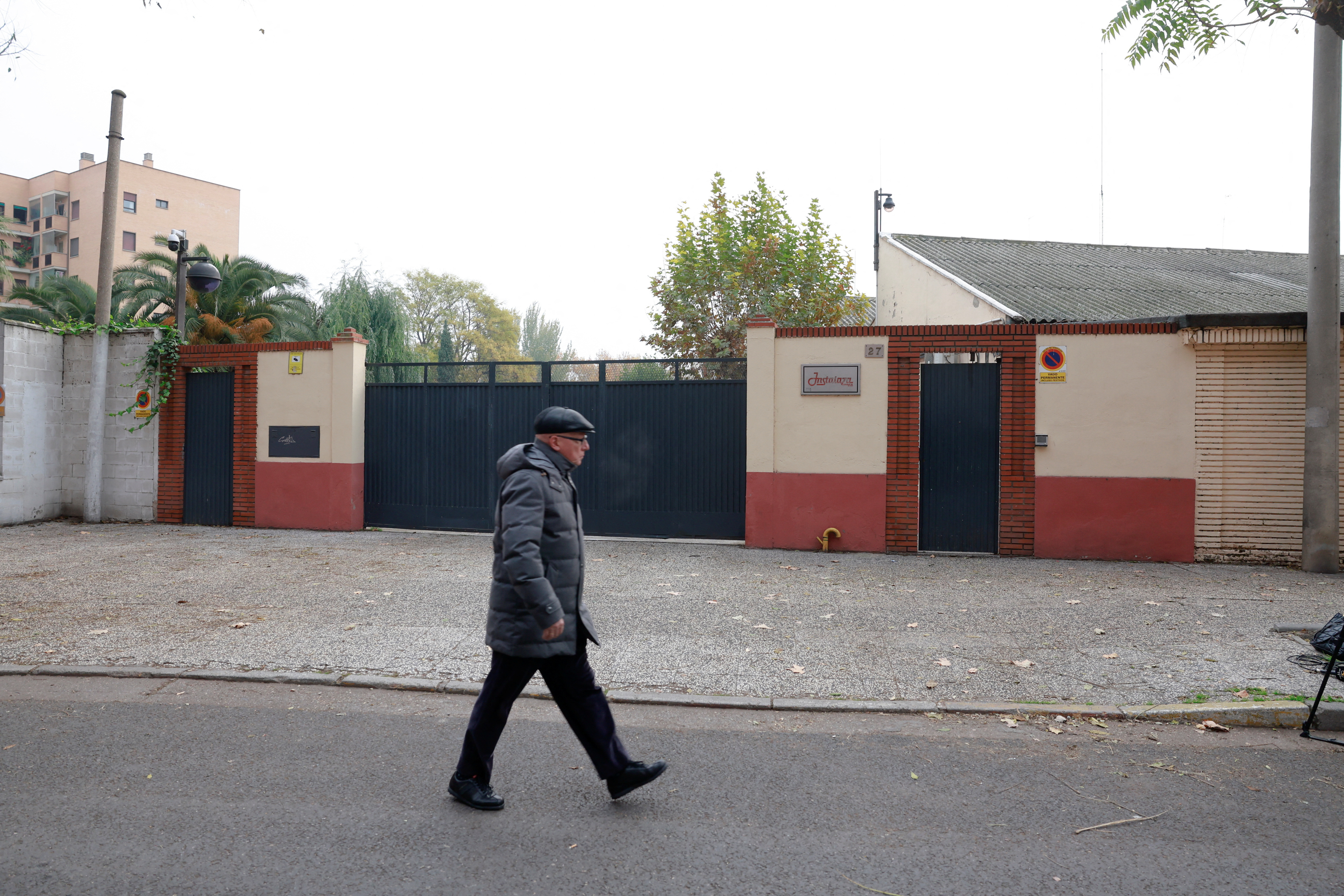 A man walks past Instalaza arms company, after it received a letter bomb on Wednesday, in Zaragoza, Spain, December 1, 2022. REUTERS/Vincent West 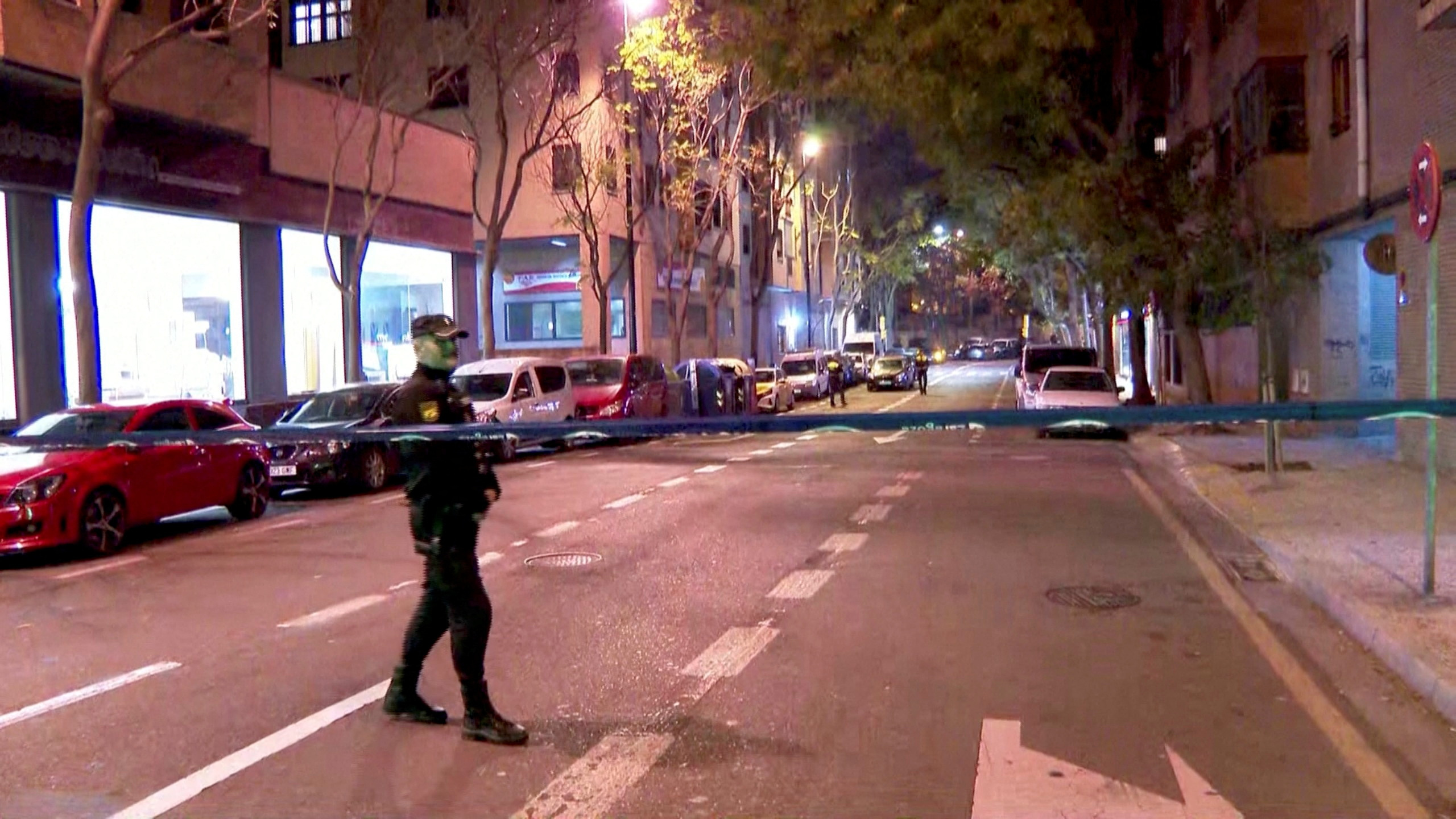 A police officer stands at a cordon outside an arms company’s building after it received a letter bomb in Zaragoza, Spain, November 30, 2022 in this still image taken from video. FORTA via Reuters TV/Handout via REUTERS 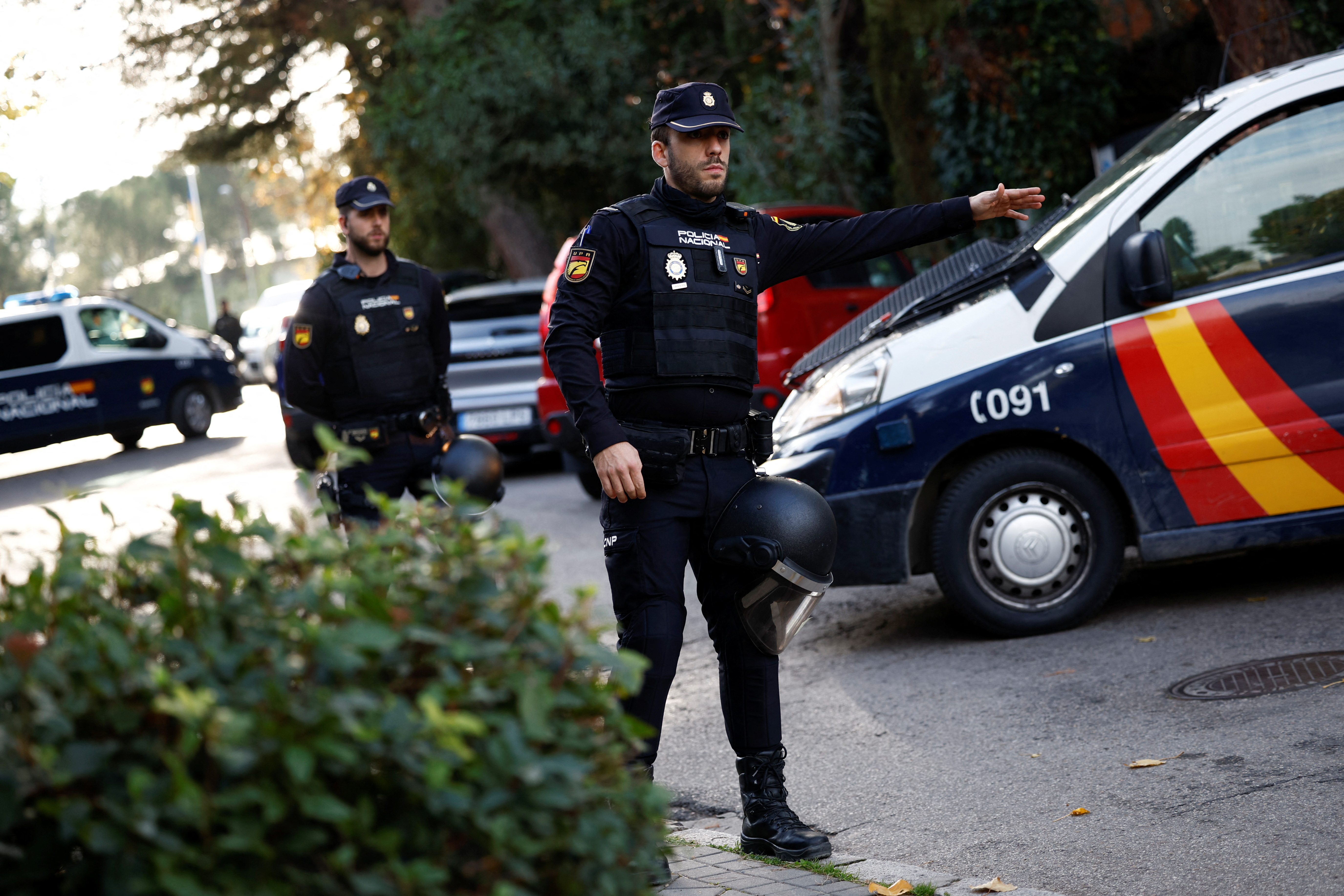 A member of police gestures outside of Ukrainian embassy after, Spanish police said, blast at embassy building injured one employee while handling a letter, in Madrid, Spain November 30, 2022. REUTERS/Juan Medina 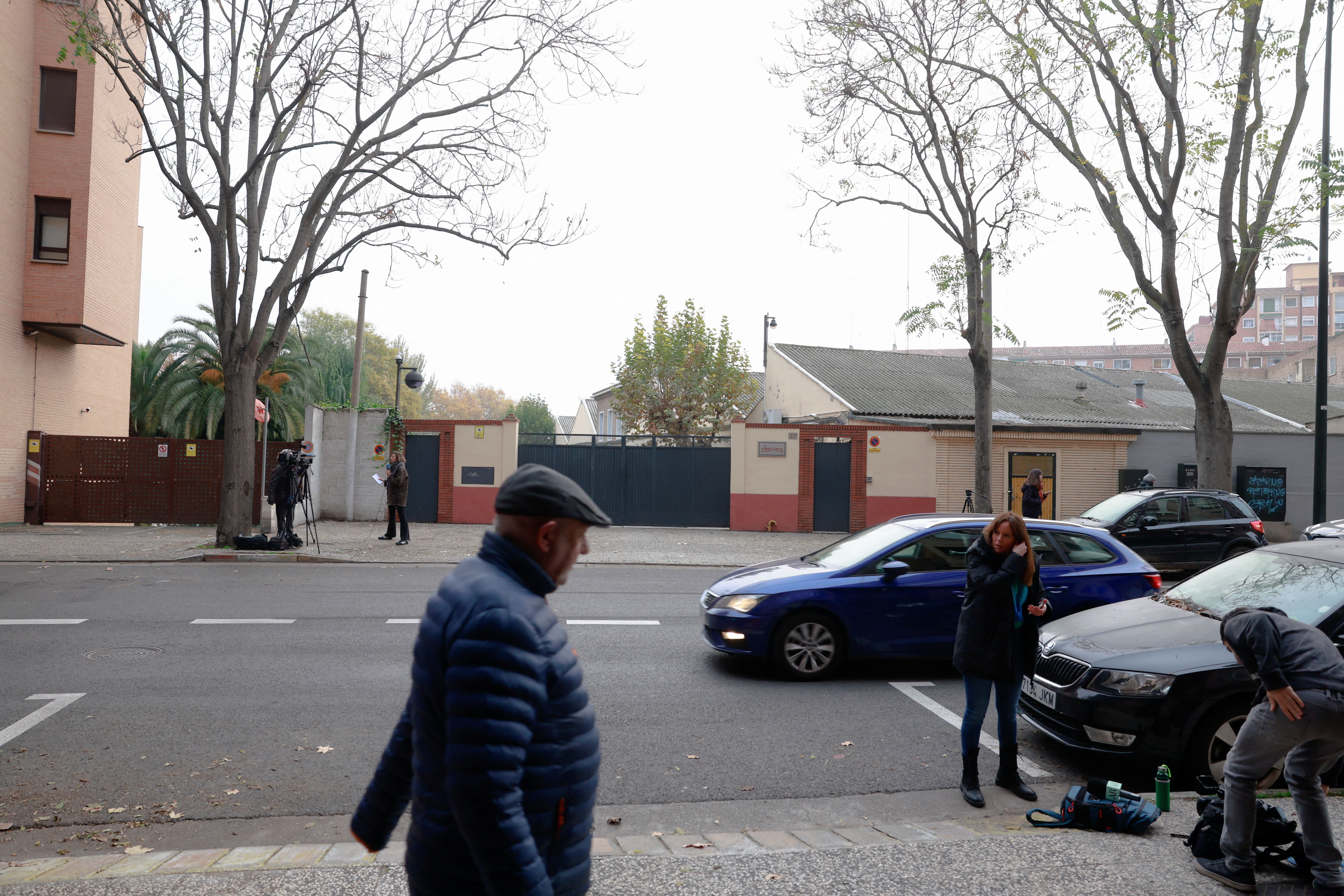