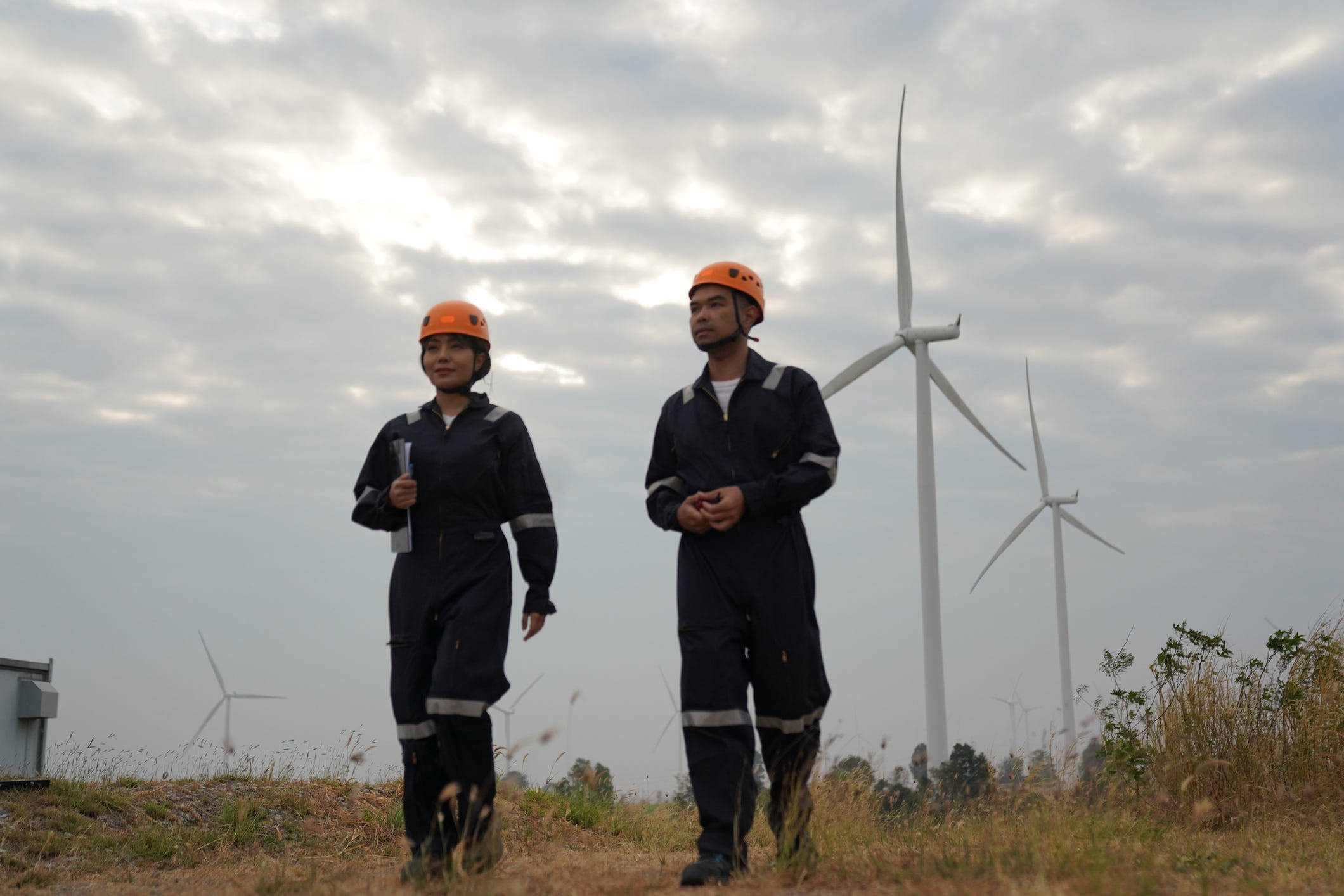 More than 70 countries have set “net zero” carbon emission targets — and transitioning to a low-carbon energy system is going to be one of the main ways to hit those goals.

The green-energy transition is in our sights, according to business leaders and politicians speaking at the World Economic Forum on Wednesday, but the road ahead is bumpy.

There are obstacles ahead

Henrik Andersen, CEO of Danish renewable-energy company Vesta Wind Systems, said that “the transformation is running slower than we would like.” He pointed to permitting regulations as one obstacle that often slowed down projects.

Dutch Minister for the Environment Vivianne Heijnen agreed that regulation should keep pace so that innovation can take place.

“We have to be smart about that,” Heijnen said. “We need to make sure that regulation keeps up so innovation can take place.”

She added that the role of governments was to facilitate and enable companies, people, and organizations, while still having a basic package that the government carries out itself.

Heijnen said that another obstacle was electrical capacity. The Netherlands has big ambitions when it comes to electric cars — by 2030, only electric cars will be sold in the country.

Heijnen said that the country had been working on improving infrastructure — now, there’s one charging station for every four electric cars in the country, she said. However, there’s still a big challenge: “Do we have enough electricity to power all the cars?”

The energy transition involves a huge variety of solutions coming together — renewable energy, electric vehicles, hydrogen technology, and nuclear power, to name a few, will all play a role. Andrés Gluski, CEO of energy company AES, said there isn’t “one silver bullet” for the energy transition.

“There’s different solutions for different countries,” he said. In Germany, for instance, Gluski said that one of the biggest challenges right now is transferring energy over huge distances from offshore wind turbines in the North Sea to the industrial hubs in the south of the country.

In the US, on the other hand, Gluski said that one of the major obstacles for scaling up solar power is a labor shortage — there aren’t enough people to build solar farms. He floated the idea of using robotics to help fix the labor-shortage problem.

Richard Cochrane, professor of renewable energy at the University of Exeter, told Insider that while there’s no single solution, there is innovative technology that can fix several problems at once. He gave the example of a heat pump — a device that captures energy from outside a home and transfers it inside.

“With the heat pump, you often fit a buffer tank, which means that we could run the heat pump when there’s surplus power at night and charge the buffer tank, so it’s ready to run the shower in the morning or whatever,” he said. “So with smart control, we could do quite a lot like that. And that’s an area we’re looking into, optimizing what the best sort of storage and control could be.”

Government policy is a ‘lever we have to pull’

Ed Daniels, sustainability and corporate relations director at Shell, said that we’ve got to work on creating demand for clean energy — and that the way to do this is through policy. “It’s the lever we have to pull,” he said.

Daniels said that while the US is using incentives to drive the energy transition, the EU is using rules and regulations. “The incentive-based package is starting to pull ahead of the rules-based package,” he said.

Helena Bennett, head of climate policy at Green Alliance, told Insider that “we need the private sector to help with the heavy lifting to get us to net zero.”

She added: “This means governments need to work with businesses to support innovation, attract green investment, and provide certainty with sound regulations.”

Ernesto Ciorra, chief innovability (innovation/sustainability) officer at energy company Enel Group, said that clean energy innovations need to be attractive to investors. “If we’re not sustainable on the business side, we can’t be sustainable on the environment side,” he said. Ciorra also called China a champion of the electric transition, because “they are making this as a business.”

“If we made blades the way we used to make them 10, 15 years ago, the latest turbine blades would weigh about 186 tons. But actually, some of the latest ones the equivalent calculation was a mere 66 tons,” he said. “So it’s still a lot of material, but actually an awful lot more efficient than it was a few years ago.”

Cochrane added that we could see a similar price drop for things like lithium-ion batteries in the future. He said there’s an “awful lot of innovations being researched in the lab for batteries.”

Home » Audio Sources - Full Text Articles » How to speed up the transition to green energy, according to leaders at Davos
a