Listen to this article
2022-12-08T18:48:28Z
Russian President Vladimir Putin said on Wednesday that his army could be fighting in Ukraine for a long time, adding the risk of nuclear war was growing but that Russia saw its arsenal as a means to retaliate, not to strike first. This report produced by Jillian Kitchener.

NEAR BAKHMUT, Ukraine, Dec 8 (Reuters) – Russian forces attacked settlements in eastern Ukraine from the ground and air, officials said on Thursday, in support of the Kremlin’s apparently scaled-back ambition to secure only the bulk of Ukrainian lands it has claimed in the war.

Fighting was under way along the entire line of demarcation in the Donetsk region, with the frontline town of Avdiivka shelled by Russian tanks on Thursday morning, said Tatiana Ignatchenko, a spokeswoman for the regional administration.

Near the city of Lysychansk, Russia deployed more troops to try to capture the village of Bilohorivka, Ukraine’s governor of the Luhansk region said, while a commander in another fought-over settlement described an intensifying Russian air offensive.

In its evening communique, Ukraine’s military command said Russian artillery attacked civilian infrastructure in the towns of Kupiansk and Zolochiv in the Kharkiv region, and Ochakiv in the Mykolaiv region.

In a reminder that, despite the hostilities, Russia maintains lines of communication with the West, Washington said Moscow had freed U.S. basketball player Brittney Griner in return for the release of Russian arms dealer Viktor Bout.

The White House said the prisoner swap would not change its commiment to the people of Ukraine.

Russian President Vladimir Putin has given conflicting statements on the goals of the war since his Feb. 24 invasion, but is now clear the aims include some expansion of Russia’s borders, in contrast with comments made at the start of the “special military operation,” when he said Moscow’s plans did not include the occupation of Ukrainian land.

Bilohorivka is one of the only places under Ukrainian control in Luhansk, which along with neighbouring Donetsk makes up the eastern Donbas industrial region that Russia claims as its own.

The Kremlin said on Thursday it was still set on securing at least the bulk of the territories in east and south Ukraine that Moscow has declared part of Russia, but appeared to give up on seizing other territory in the west and northeast that Ukraine has recaptured in a steady reversal of early Russian gains.

In the settlement of Posad-Pokrovske in the Kherson region, retaken by Ukraine, some villagers have returned to homes damaged or reduced to rubble by Russian shells, set in a landscape of downed telegraph poles and spent munitions.

Putin on Wednesday said Russia had already achieved a “significant result” with the acquisition of “new territories” – a reference to the annexation of four partly occupied regions in September that Kyiv and most members of the United Nations condemned as illegal.

Warning the war could be lengthy, Putin said Russia had made the Sea of Azov its “internal sea”, bounded by Russia and Russian-controlled territory in southern Ukraine including Crimea. He said that had been an aspiration of Peter the Great – the 17th- and 18th-century warrior tsar to whom he has compared himself in the past.

Ukrainian President Volodymyr Zelenskiy says his troops will eventually drive Russia from all the captured territory, including the annexed Crimea peninsula that sits between the Black Sea and the Sea of Azov.

In the settlement of Bakhmut and other parts of the Donetsk region that neighbours Luhansk, the assault killed nine civilians, the regional governor said. Ukrainian forces countered with barrages from rocket launchers, Reuters witnessed.

On Thursday, Russian naval forces shot down a Ukrainian drone over the Black Sea, said the Russian-installed governor of Sevastopol, an important port and the largest city in Crimea.

Earlier this week, twin strikes on air bases deep inside Russian territory dealt Moscow a reputational blow and raised questions about why its defences failed, as attention turned to the use of drones in the war between neighbours.

In the Russian-controlled Ukrainian city of Melitopol in the Zaporizhzhia region, a supply route into Crimea, Russian-installed authorities summoned men of fighting age to mobilize, Ukraine’s military general staff said in a statement.

Russia has launched dozens of attacks from multiple rocket launchers since Wednesday, the general staff said, along with 16 airstrikes and seven missile attacks.

Reuters was unable to immediately verify battlefield reports from either side.

Belarus President Alexander Lukashenko, who relied on Russian troops to put down a popular revolt two years ago, has allowed his country to serve as a staging ground for Russia’s invasion of their common neighbour.

He has so far kept his own army from joining in, but recent weeks have seen increasing signs of involvement in Belarus from Moscow.

Thousands of Russian troops have deployed in Belarus since October, Ukraine says, and Belarus authorities have increasingly spoken of a threat of what they call terrorism from partisans operating from across the border. 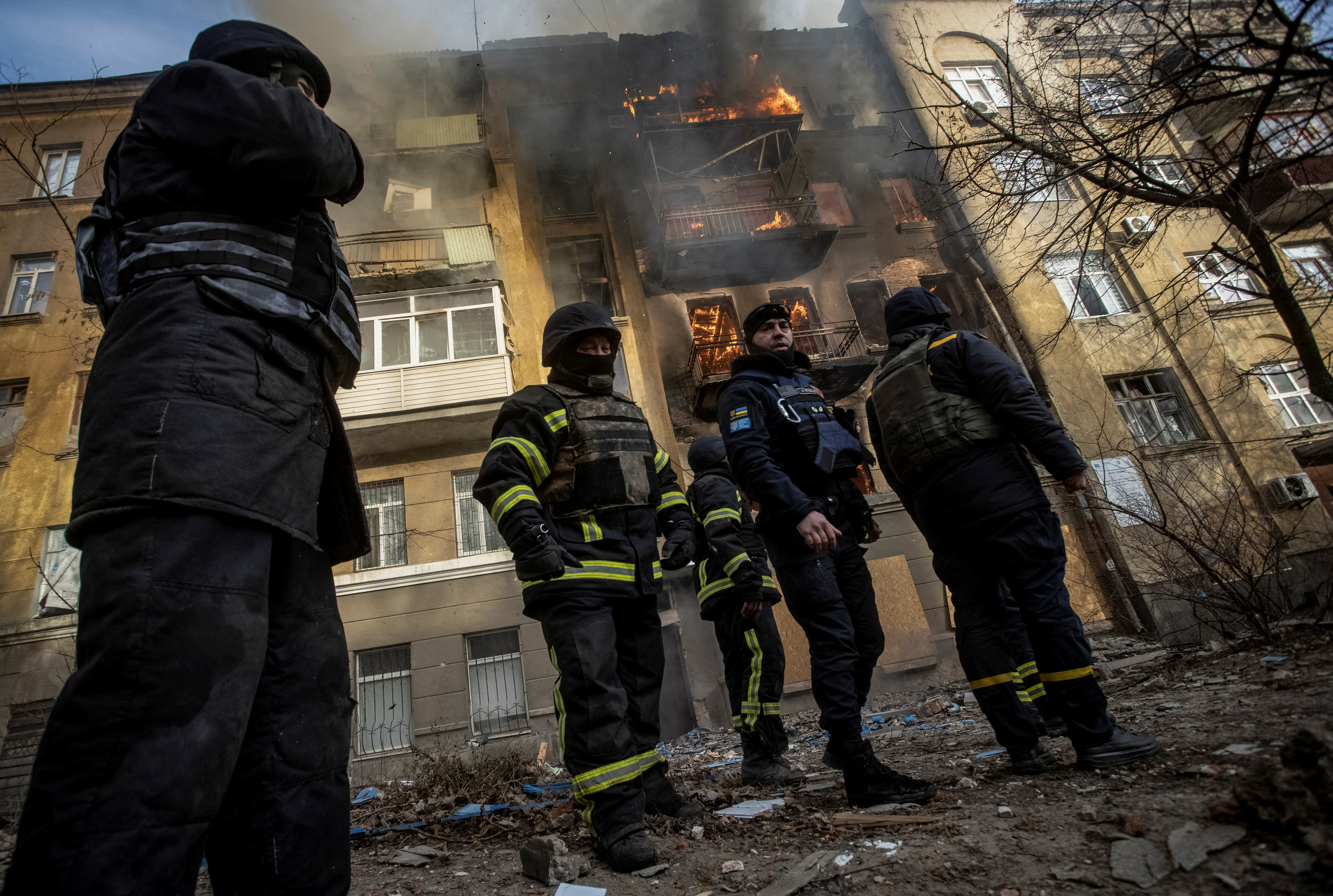 Firefighters work to put out a fire at a residential building hit by a Russian military strike, amid Russia’s attack on Ukraine, in Bakhmut, Donetsk region, Ukraine December 7, 2022. REUTERS/Yevhen Titov 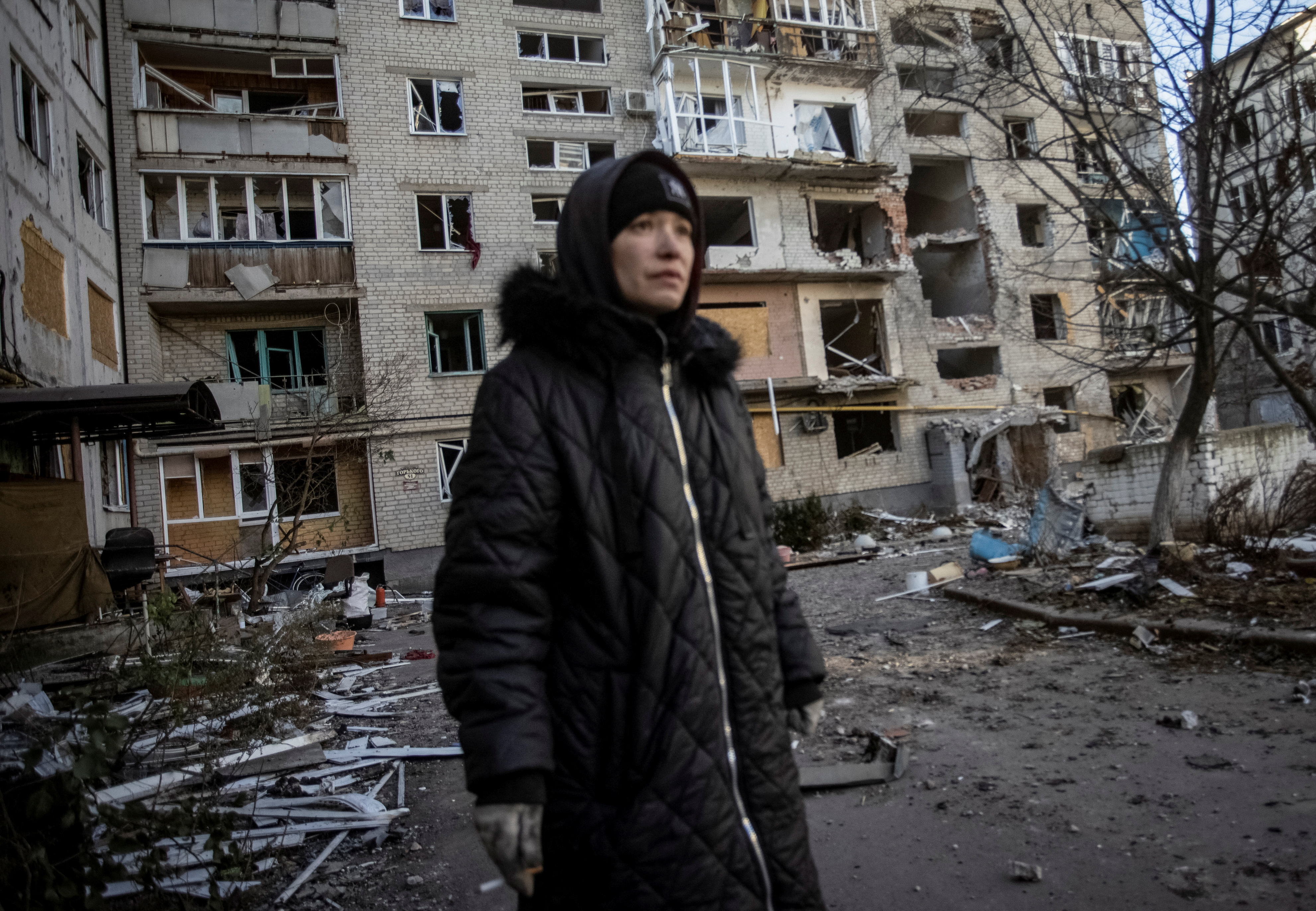 A local resident stands in the yard of her destroyed apartment building in Bakhmut, as Russia’s attack on Ukraine continues, in Donetsk region, Ukraine December 7, 2022. REUTERS/Yevhen Titov 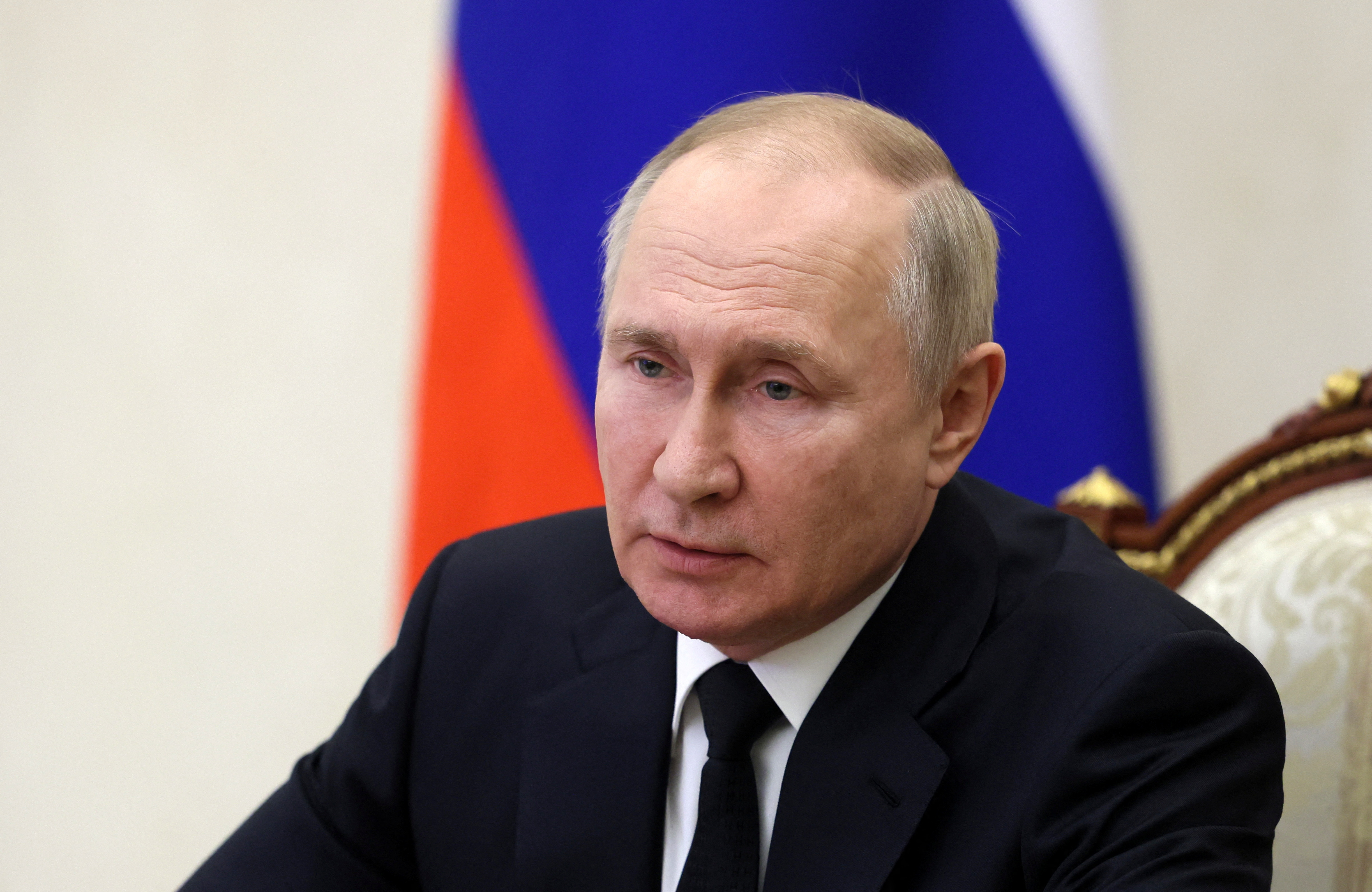 Russian President Vladimir Putin chairs a meeting with members of the Security Council via a video link in Moscow, Russia December 6, 2022. Sputnik/Mikhail Metzel/Pool via REUTERS 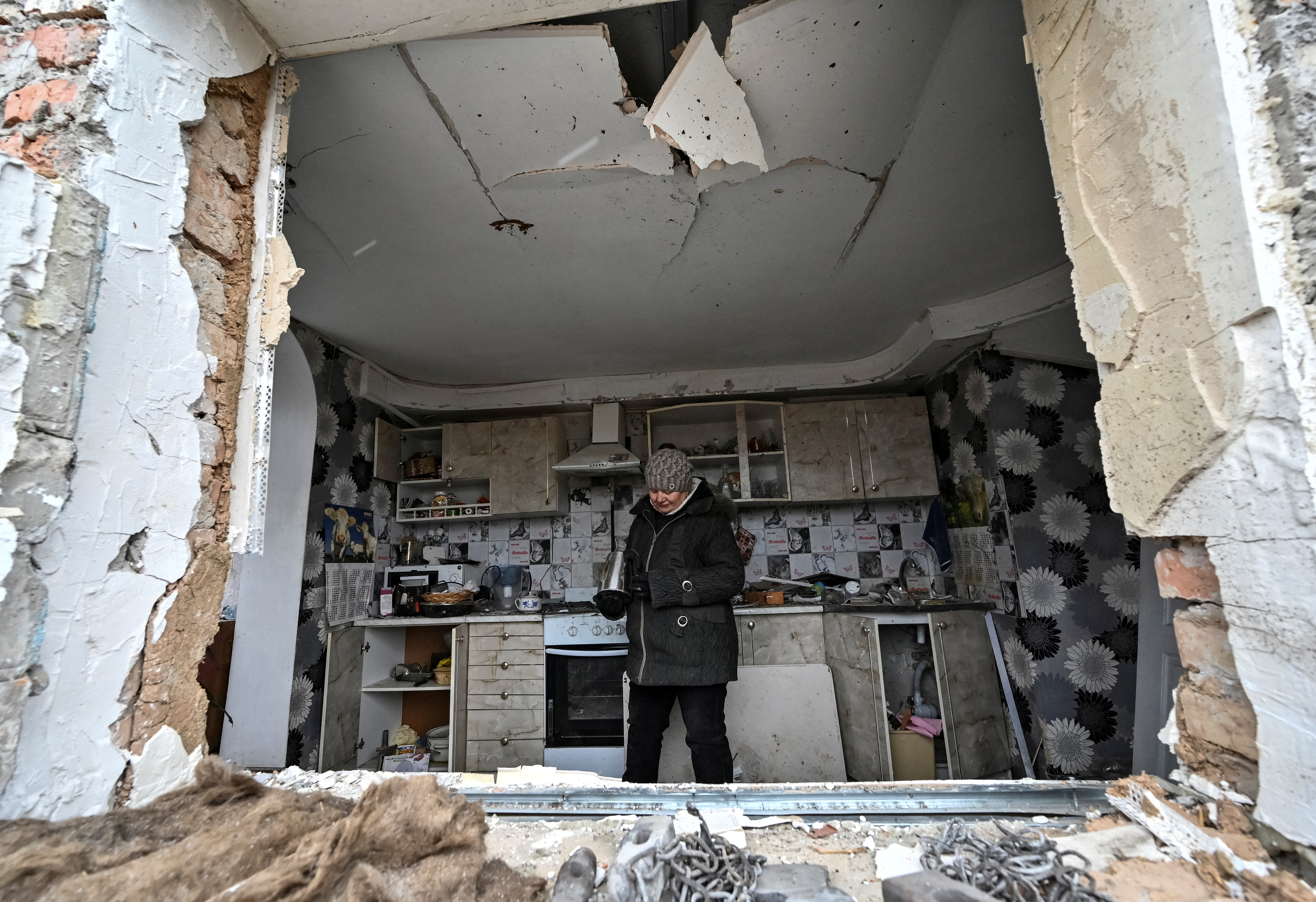 A local resident, Liubov Onyschenko, is seen in her house heavily damaged by a Russian missile strike, amid Russia’s attack on Ukraine, in the village of Kupriianivka, Zaporizhzhia region, Ukraine December 7, 2022. REUTERS/Stringer 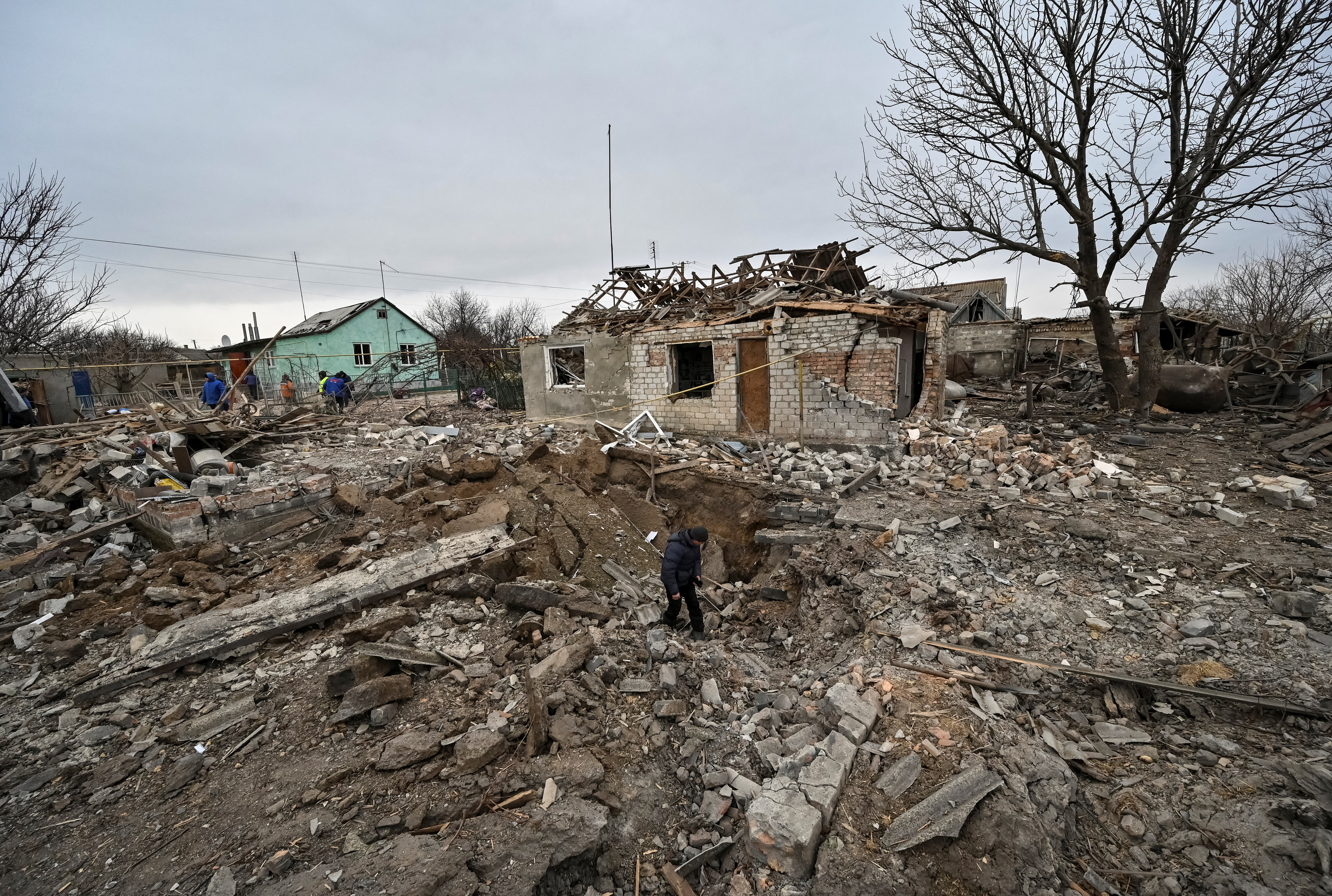 A local resident inspects a crater left by a Russian military strike, as their attack in Ukraine continues, in the village of Kupriianivka, Zaporizhzhia region, Ukraine December 7, 2022. REUTERS/Stringer
获取更多RSS：
https://feedx.net
https://feedx.best