“The inviolability of borders in Europe is one of the principles everybody in Europe has to accept for common security.” 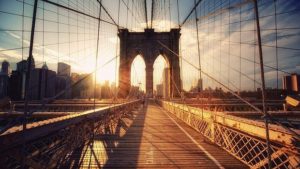 “If it were to become necessary, what new steps might the West consider?

One may be supplying a wider range of lethal weaponry. The U.S. House Committee on Armed Services has called for a Biden administration report on how to help Ukraine address air and missile defense gaps. The United States could send Ukraine portable Stinger air defenses or Iron Dome defenses against short-range missiles.

NATO could further buttress eastern defenses. A RAND study found that at present “NATO cannot successfully defend the territory of its most exposed members.” Wargaming suggests that a force of seven brigades could prevent a “rapid overrun” of the Baltics. This might involve an order of magnitude more combat power. NATO states could also send more warships into the Black Sea, subject to limits in the Montreux Convention.”

Is Russia About to Make a ‘Serious Mistake’ in Ukraine? – RAND.ORG

“That position has changed to … it’s now about (Western) defense cooperation in Ukraine, which can amount to the same de facto outcome,” of NATO membership in Russia’s view,” Kofman said. “This is the red line. It is not just formal membership.” – US Actions in Ukraine Backfiring as Risk of Russian Invasion Grows, Analysts Say …
Nov. 10 – U.S. Secretary of State Antony Blinken says Russia would be making a “serious mistake” in committing any new aggressions against Ukraine.” – Military.com
“NATO planners should develop plans focusing on exploiting Russian logistic challenges rather than trying to address the disparity in combat power. This involves drawing the Russian army deep into NATO territory and stretching Russian supply lines to the maximum while

targeting logistics and transportation infrastructure such as trucks, railroad bridges, and pipelines.

[M.N.: Can this targeting be performed by the NATO space based laser weapons? It feels like the most rational and effective approach, including the preventive tactical measures.]

Committing to a decisive battle at the frontier would play directly into Russian hands, allowing a shorter supply to compensate for their logistic shortfalls.”
“Deciphering Russia’s intentions right now is increasingly difficult. Its military buildup on the border with Ukraine could be preparation for an invasion or it could be yet another round of coercive diplomacy. Nevertheless, thinking through Russia’s military logistics capabilities could give NATO some insights into what Moscow might be planning to do next — and what the Western alliance might do to protect its interests.” – FEEDING THE BEAR: A CLOSER LOOK AT RUSSIAN ARMY LOGISTICS AND THE FAIT ACCOMPLI 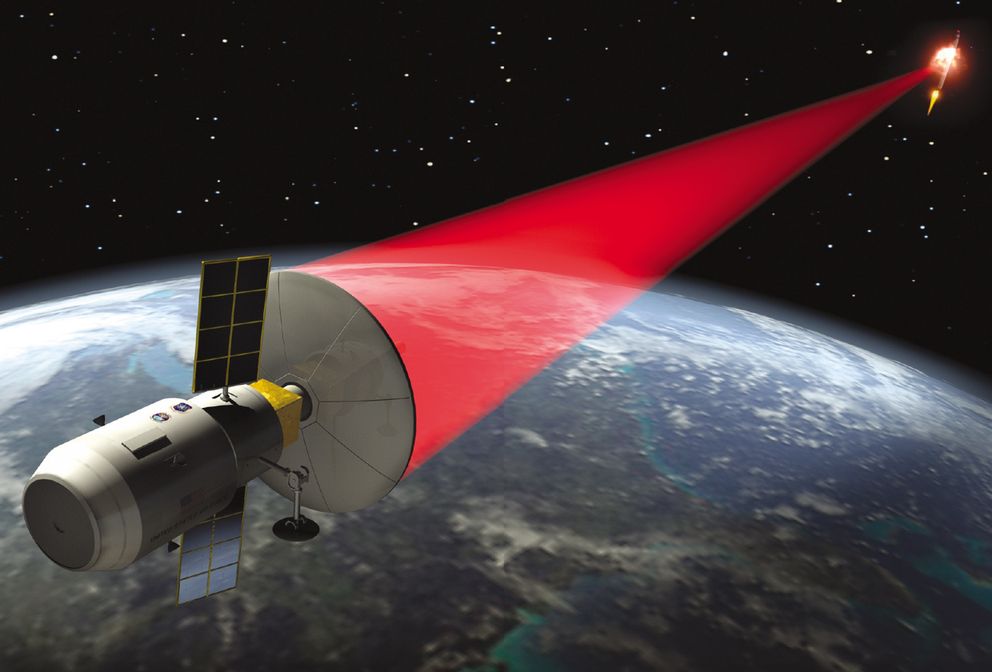 by heating them with a powerful beam generated by a chemical reaction between hydrogen and fluorine. However, many such lasers would be required for global coverage; clouds and smoke block the beam; and keeping the beam on target long enough to cause damage is difficult. ILLUSTRATION: JOHN MACNEILL

Biden & Scholz will be very good partners. Putin is the ideological and conceptual opposite for both of them. How will they be able to work with him? #BidenScholz relationship is the key, together they can do a lot in their quest for historical greatness & for pragmatic solutions.

posted on Dec 09 2021 14:44:22 UTC by wamllfwc via The Brookyn Times – bklyntimes.com: Biden & Scholz will be very good partners. Putin is the ideological and conceptual opposite for both of them. How will they be able to work with him? #BidenScholz relationship is the key, together they can do a lot in their quest for historical greatness & for pragmatic solutions. 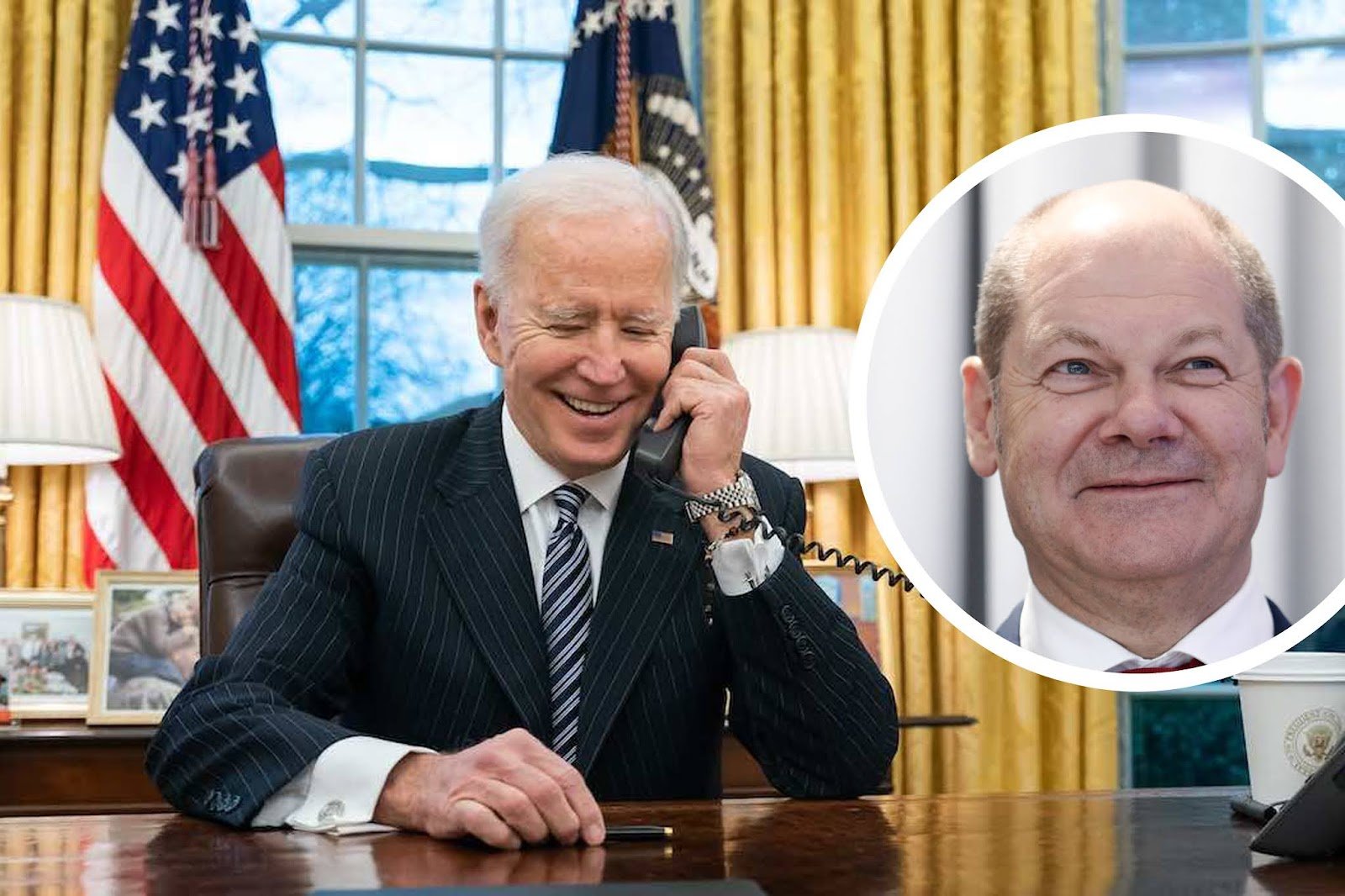 The post Biden & Scholz will be very good partners. Putin is the ideological and conceptual opposite for both of them. How will they be able to work with him? #BidenScholz relationship is the key, together they can do a lot in their quest for historical greatness & for pragmatic solutions first appeared on The Brookyn Times – bklyntimes.com.

posted on Dec 09 2021 15:52:04 UTC by Michael Novakhov viaTweets by ‎@mikenov:
I think, if Putin is mad enough to start the war on Ukraine, he will lose. It would be a test of the modern space based laser weaponry. If #Putin loses, he will be either out or will start the reign of terror, but not for very long. He will lose either way and he knows the risks.

Pres. Biden spoke to reporters Wednesday about his call with Russia’s Vladimir Putin: “I made it very clear: If in fact, he invades Ukraine, there will be severe consequences.” The president also said sending U.S. military on the ground in Ukraine is currently “not on the table.” pic.twitter.com/1F25sGLl75

Media freedom plays an indispensable role in informing the public, holding governments accountable, and telling stories that otherwise would not be told. The U.S. will continue to stand up for the brave and necessary work of journalists around the world. #SummitForDemocracy pic.twitter.com/ilitbdzSd1

.@POTUS held a secure video call with President Putin of Russia today to discuss a range of topics in the U.S.-Russia relationship, including our concerns about Russian military activities on the border with Ukraine, cyber, and regional issues. pic.twitter.com/VKdjJhwnhe

25:52 – Olaf Scholz: “If we want to ensure joint security in Europe, then it is between the European Union and Russia.”

The #SOLUTION (Absolutely Seriously!!!): #NATO & #Russia have to create the #NEW #COMMON #SECURITY #STRUCTURE & #ARCHITECTURE IN #EUROPE, incorporating both. It will be #good for all! Not just for #Germany! #THINK!!!
Current Review  bklyntimes.com

BIDEN TO DIAL PUTIN AMID RUSSIA’S ALLEGED PLANS TO INVADE UKRAINE। DE-ESCALATION ON AGENDA | NEWS
US PRESIDENT JOE BIDEN IS ALL SET TO DIAL HIS RUSSIAN COUNTERPART VLADIMIR PUTIN AMID INVASION FEARS BY RUSSIA IN UKRAINE. THROUGH THE VIDEO CALL, BIDEN WILL BAT FOR A DIPLOMATIC ROUTE TO RESOLVE TENSIONS BETWEEN RUSSIA AND UKRAINE. MEANWHILE, RUSSIA REMAINS IN DENIAL ABOUT ANY SUCH INVASION PLANS. #UKRAINE #RUSSIA #US ABOUT CHANNEL: WION -THE WORLD IS ONE NEWS, EXAMINES GLOBAL ISSUES WITH IN-DEPTH ANALYSIS. WE PROVIDE MUCH MORE THAN THE NEWS OF THE DAY. OUR AIM TO EMPOWER PEOPLE TO EXPLORE THEIR WORLD. WITH OUR GLOBAL HEADQUARTERS IN NEW DELHI, WE BRING YOU NEWS ON THE HOUR, BY… READ MORE »
SOURCE: MICHAEL NOVAKHOV’S ARTICLES ON INOREADER | PUBLISHED: DECEMBER 7, 2021 – 8:26 AM

MICHAEL NOVAKHOV RETWEETED: @MAVKASLAVKA “WE WON’T HAVE UKRAINE JOIN THE NATO, MR BIDEN!” – “HEY, DUDE, WHO ‘RE YOU?” – THE CASE WHEN SOME FORGETFULNESS WOULD BE VERY WELCOME.  READ MORE »

Multiple weather systems threaten to complicate a busy post-Thanksgiving travel weekend. Early voting begins in the Georgia Senate runoff election. Former president Donald Trump meets with Kanye West and a holocaust denier at Mar-a-Lago. SpaceX will try to launch supplies up to the International Space Station. And thousands of Ford SUV’s are being recalled.