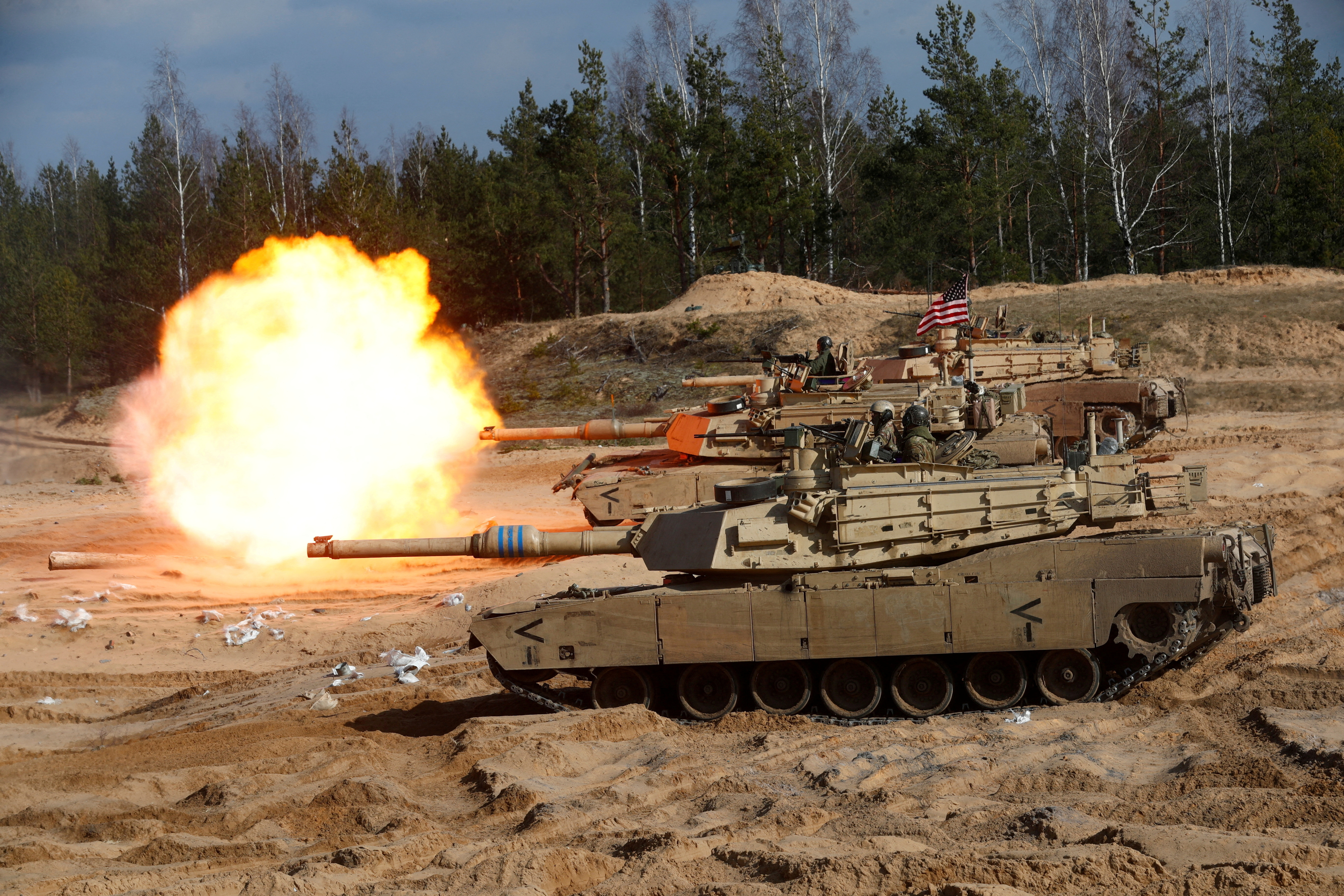 They are expensive and hard to maintain. They run on jet fuel. And they are difficult to operate.

The U.S. Pentagon presented its best arguments, publicly and privately, against sending Abrams – its most advanced battle tanks – to Ukraine.

But President Joe Biden ultimately decided to approve the delivery of 31 tanks on Wednesday, which senior U.S. officials said came from the need to maintain unity among allies backing Ukraine.

Biden’s decision capped a week of failed diplomatic efforts to get Germany to send its main Leopard battle tank to Ukraine without a comparable move from Washington.

The reversal ended a rare public division in the alliance that Washington officials feared Moscow could exploit.

Since the start of Russia’s invasion of Ukraine, Biden and European allies have sought to present an image of harmonious support for Ukraine despite occasional disagreements.

The billions of dollars worth of Western weaponry funneled into the country, Western allies said, were tangible signs that Russian President Vladimir Putin had failed to divide the West as he pressed his nearly year-old invasion.

But the split over German tanks undermined those efforts, raising questions about whether the West would fall short in providing the heavy armor that Kyiv says it needs to mount a spring counteroffensive.

“The secretary will be pressing the Germans on this,” one senior U.S. defense official said at the time.

The trip, which included a day-long meeting at Ramstein air base in Germany, failed to achieve a breakthrough and left U.S. officials frustrated.

In Washington, senior U.S. officials had privately expressed consternation at Germany’s attempts to tie the Abrams tanks to delivery of the Leopards.

One senior administration official, speaking on condition of anonymity, told reporters that U.S. officials did not think the Abrams tanks were a net positive for Ukraine because they are difficult to operate and maintain.

But Germany did not want to go it alone, the official said, prompting the Americans to wonder whether there was deeper reason in Berlin having to do with the symbolism of German tanks rolling in eastern Europe for a country still scarred from starting World War Two.

At the same time, U.S. officials were trying to answer the clamor from Ukraine for tanks while impressing on the Ukrainians that there are limits to assistance in the long haul.

The Germans refused to budge. As Austin landed in Berlin, German officials told reporters that Berlin would allow German-made tanks to be sent to Ukraine if the United States agreed to send its own tanks.

That led to media coverage of divisions between the United States and Germany that raised eyebrows back in Washington, where officials thought they had been clear against sending Abrams tanks to Ukraine.

U.S. officials argued that American contributions to the Ukraine war effort had been substantial with Bradley Fighting Vehicles, air defense systems, millions of artillery rounds and other potent weaponry. Each Abrams tank costs more than $10 million, including training and sustainment.

“The headline is not about whether we’ve come to agreement or not with Germany on tanks. The headline is the United States has provided $5 billion of security assistance to Ukraine in the last month,” one senior official said on Friday.

In public, the United States took the high road, insisting it was Berlin’s sovereign decision to make.

But at one point during Austin’s trip, Washington asked Berlin to stop publicly tying Germany’s approval of the Leopard tanks to the Biden administration sending Abrams tanks.

The American pressure appeared to have worked, at least for a while. Pistorius, the German defense minister, told a TV interview on Thursday that he did not know of any requirement that Ukraine receive U.S. and German tanks simultaneously.

On Friday, a German government spokesperson even said the delivery of Leopard battle tanks to Ukraine was never tied to the United States making a similar move.

But back in Washington, officials were looking for “creative solutions.” However, the issue came to a surprise close on Wednesday when Biden announced his approval alongside a similar German announcement.

The compromise appears to have been a decision to send Abrams not now, but sometime down the road – months from now.

Despite the uncertain timeline, Ukraine has welcomed the decisions. “It’s an important step on the path to victory,” Ukraine President Volodymyr Zelenskiy tweeted on Wednesday.

Home » Audio Sources - Full Text Articles » Frank talks and frustration: How the U.S. got to yes on Abrams tanks
a