Happy Tuesday, readers. I’m Phil Rosen. By the end of the month I’ll be back in wintry Manhattan, but for now I’m writing to you from Los Angeles.

Like a limp handshake, the downfall of FTX has served as a sorry introduction for readers without previous exposure to the nascent crypto industry. A once-niche segment of finance has been thrust into the mainstream, and now everyone and their mother knows the name Sam Bankman-Fried.

Since the bedlam kicked off in November, countless people have told me their view of crypto has soured. Bearishness is building — and much of that can be chalked up to a broad loss of trust.

I’m sorry to say when you dig deeper into the practices of opaque crypto exchanges, there’s little to restore that faith.

But before we jump in, Matt Turner, the editor in chief of business at Insider, is at the World Economic Forum in Davos. He will be posting notes and videos to his LinkedIn all week. You can follow along here — and read his latest post here.

In case you missed it: On Friday I spent an hour answering questions about FTX on Reddit. You can see the Q&A here. 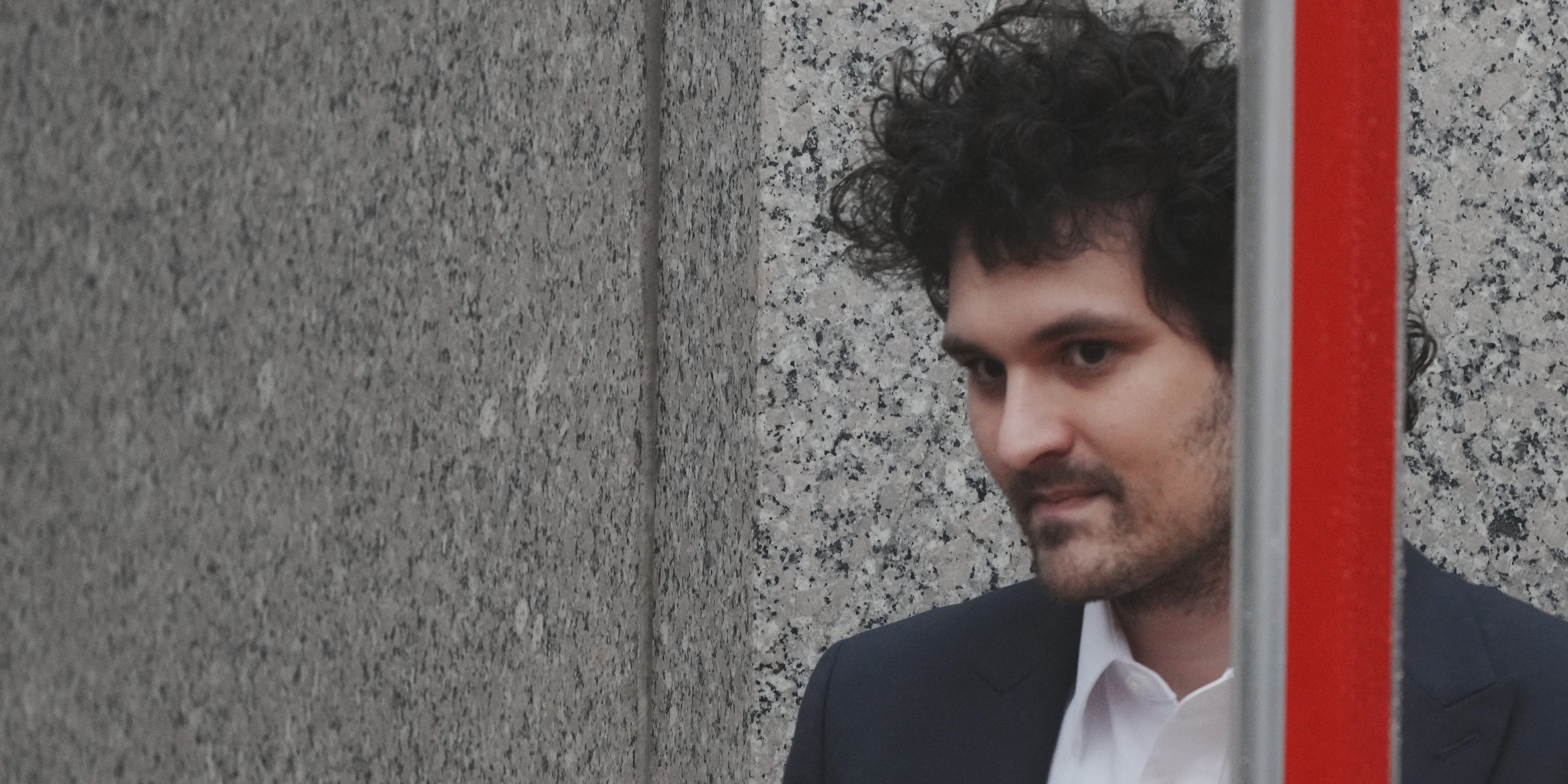 Sam Bankman-Fried outside at the federal court in Manhattan on Thursday.

1. Yes, FTX has shown us why it’s bad to gamble with customer funds, but evidence of a lesser known fraudulent practice called wash trading has made its rounds through the crypto sector, too, according to the National Bureau of Economic Research.

In a working paper published last month, the group concluded that wash trades accounted for up to 70% of all transactions on unregulated crypto exchanges.

That suggests pervasive fraud and deception, as my colleague Jennifer Sor writes.

Imagine I start a lemonade stand. I want to make people think my lemonade is the best in town. My partners in the business (in this case some kids down the block) come around and buy some lemonade and proclaim its superior refreshing qualities. Maybe they state loudly that they’d gladly pay much more than I am asking for a glass of the stuff.

Soon everyone wants what I’m selling.

Perhaps it’s an uneven metaphor, but you get the idea. People want what other people are interested in. In wash trading, a party trades with itself to give the illusion of deeper liquidity than exists, and artificially pump the price of an asset that may draw in inexperienced investors.

To be sure, the schemes are usually more elaborate than pretending to buy your own lemonade. Timothy Cradle, director of regulatory affairs at Blockchain Intelligence, told Insider that wash trading is market manipulation.

“There’s competition in every industry,” Cradle said. “That’s not an excuse to go out and do wash trading and try to make your exchange look more liquid than it actually is, especially when you’re dealing with cryptocurrency.”

And these aren’t just some little-known mom-and-pop shops. NBER researchers estimated that wash trading comprises nearly half of all transactions on Binance, the world’s largest crypto exchange by volume. (A spokesperson for Binance told Insider that it does not engage in the practice.)

Similarly, KuCoin, another top-five crypto exchange, was estimated to have 52.9% of its transactions consist of wash trading (which the company denied).

Get the full details here, from Insider’s Jennifer Sor.

Are you surprised that the researchers found wash trading to be so rampant a practice? Tweet me (@philrosenn) or email me (prosen@insider.com) to let me know. 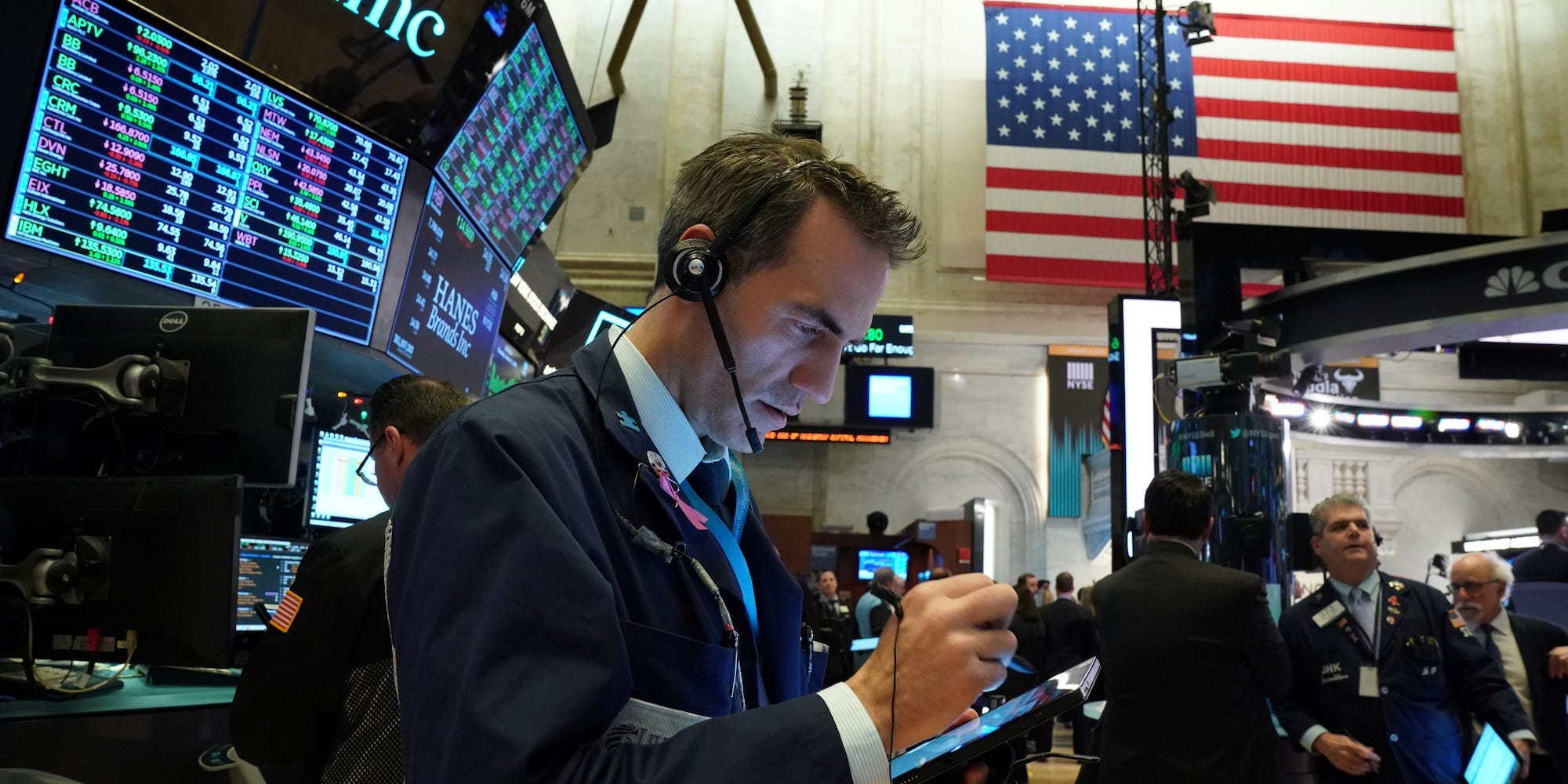 2. Global stocks and US futures are down early Tuesday, after weak economic data in China renewed fears of a slowdown. Investors will also be closely watching the latest slew of corporate financials as earnings season kicks off. Here are the latest market moves.

4. This fund manager has beaten 99% of his competitors over the last five years. He shared the investing strategy that has led to his massive success — and then broke down seven of his favorite value stocks.

5. JPMorgan Asset Management’s investment chief said the Fed has already won its war on inflation. The firm’s David Kelly believes that it’s time for policymakers to halt rate hikes: “They’re in danger of tipping the economy into a recession.”

6. “Dr. Doom” economist Nouriel Roubini said the Fed will wimp out on its inflation fight. In his view, policymakers must raise rates past 6% to hit their target for inflation. Either way, he believes a severe recession at this point has become inevitable.

7. A recession is going to drag down stocks this year, according to PIMCO. But that means it could be the perfect time to load up on bonds — which have lower but safer returns and are an attractive investment during a downturn.

8. A portfolio manager and top strategist at UBS Asset Management broke down the opportunities he’s most bullish on for 2023. The US economy is going to hang on longer than people expect, Evan Brown said — but that doesn’t mean stocks as a whole will outperform.

9. The ETF strategy boss at $19.5 billion Allianz explained why the Fed is on course to shock markets. Once central bankers raise rates for higher and longer than expected, inventors will end up regretting that they ignored what the Fed’s been signaling. In his words, a “wet blanket for stocks.” 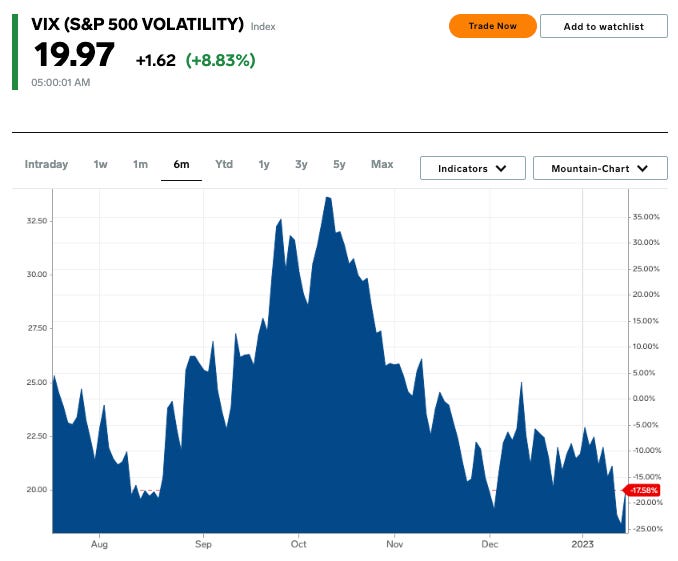 10. Fundstrat’s Tom Lee pointed out that more than half of the components in the CPI are in deflation mode. That’s good news for the stock market, as easing inflation will help loosen financial conditions. Here’s what he said in particular about Wall Street’s fear gauge.

Home » Audio Sources - Full Text Articles » As crypto hackers and thieves make off with billions, there’s another kind of fraud lurking in the industry.
a