(TJV)Late Saturday night, users from the online community 4chan claimed to have hacked into the younger Biden’s iCloud account and promptly began leaking all of the content onto the internet. Administrators of the site were none too pleased with the data drop and began removing threads that included alleged material from the private database according to The Washington Examiner.

The 4chan leak could not be confirmed yet and it remained unclear if any of the alleged content was unique to the material already recovered. The Examiner explained, “Hunter Biden’s iCloud account was syncing his personal data with his MacBook Pro, iPhone, and iPad when the computer was last used in March 2019. Other records show Hunter Biden’s Apple ID account, which is used to sign in to all Apple services, has been associated with 46 different devices since 2011, including over 20 iPhones, eight Mac computers, nine iPads, and three Apple TVs.”

Lists of the alleged materials suggest far worse, including horrific and disturbing criminal behavior such as potential sexual abuse of his niece. It further went on to present a nickname for the president of “pedo Pete” without context as to any specific claims being leveled against Joe Biden, Biz Pac Review reported.

TJV  warns against opening any files from this data dump, as some of the images may actually be illegal to possess.

A Twitter influencer who saw the data drop, before it was removed, posted some of the shocking details.

The stories about Hunter Biden’s laptop have been one of the hottest topics online, since the day the NY Post published the first article about the infamous laptop from hell. Social media instantly responded by censoring the widely circulated article to discredit it all, as the election approached. Eventually, the Post article was allowed to be posted on Social Media but not before Democrat Party and Biden operatives furiously attempted to discredit the story for several weeks.

Meanwhile, a shocking image of President Biden has been rapidly circulating online, showing the president naked and fondling a woman. This image has not been verified, however, it is shocking enough to warrant a mention. 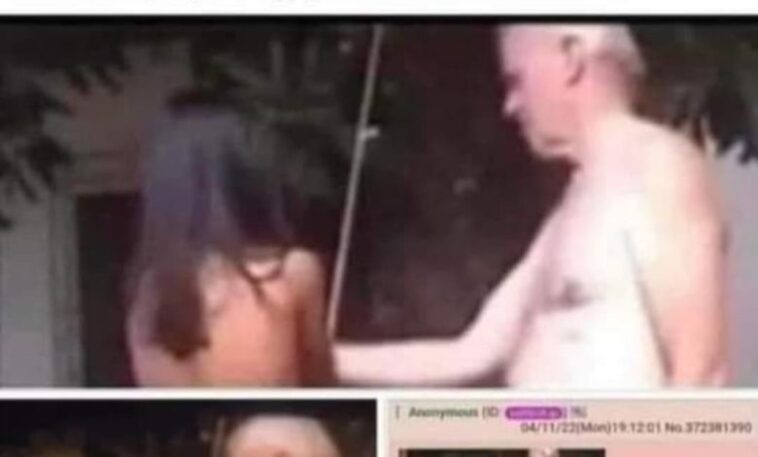 One week after reducing the size of Brooklyn’s COVID-19 “red zone,” Gov. Andrew Cuomo announced that he will continue lifting restrictions on the former coronavirus hotspot.
During a Monday press conference, Cuomo said that the COVID-19 “red zone” in southern Brooklyn — which encompasses Midwood, Homecrest, and sections of Marine Park, Gravesend, and Sheepshead Bay — will be turned into an “orange zone,” which carries fewer restrictions.
Though schools in the district must remain closed, houses of worship can now operate at 25 percent capacity with a maximum of 33 people; small gatherings of 10 people or fewer are permitted; low-risk, non-essential businesses may open; and restaurants can open for outdoor dining.
The changes, effective immediately, come as cases in the district have dropped dramatically. On Nov. 6, Cuomo shrunk the Brooklyn “red zone” — which has included Borough Park, Flatlands, and a part of Marin Park — to half its size, claiming the daily rate of positive cases had fallen from 5.86 percent in October to 2.9 percent on Nov. 5.
Cuomo and state health officials did not point to data explaining why the remaining “red zone” became an “orange zone” on Nov. 9, saying only the positivity rate has continued to fall.

“Metrics demonstrate continued progress controlling COVID spread and the zone will be transitioned to orange, allowing many businesses to reopen,” read a statement from the governor’s office.
However, city data suggests that the virus is still alive and well in parts of southern Brooklyn. One Borough Park ZIP code (11219) — which went from a red zone to a yellow zone last week — had an average positivity rate of 4.39 percent between Nov. 2 and Nov. 8, according to city data.
Midwood (11230) had a positivity rate of 4 percent, and Gravesend/Homecrest (11223) had a rate of 3.05 percent in the same time period, the city data shows. Portions of those two ZIP codes were included in the updated “red zone” map last week, and were switched to “orange zones” on Nov. 9.
The rates in those three ZIP codes — as well as in Borough Park’s 11219 — have dropped significantly since late September and early October, when they reached between 7 and 10 percent.
The positivity rate for the whole borough has also seen a slight uptick, rising from 1.8 and 1.9 percent on Nov. 6 and 7 respectively to 2.5 percent on Nov. 8, according to the state. Brooklyn’s seven-day percent positivity rate has hovered just above 2 percent since mid-October, according to city data.
Find out which zone you’re in here. The scene of a police-involved shooting in Canarsie, Brooklyn on Nov. 11, 2020. | Photo by Lloyd Mitchell

A would-be carjacker armed with two guns picked the wrong victim to rob at gunpoint in Brooklyn early Wednesday morning, after he was shot by an off-duty police officer, police officials said.
Chief of Detectives Rodney Harrison held an impromptu press conference at 5:30 a.m. at the site of the shooting, at East 87th Street and Foster Avenue, across the street from the Brooklyn Terminal Market in Canarsie, Brooklyn.
That’s where the suspect approached the 28-year-old male officer in his white Mercedes Benz and knocked on the window with a firearm, according to Harrison.
“Our member of the service pulled his vehicle away from the suspect and exited the car,” Harrison said.  “At this time the suspect fired at least one round, barely missing the officer. The off-duty officer returned fire and struck the suspect in the chest.”
Harrison said the suspect, whose identity was withheld, was taken to Brookdale Hospital in serious condition. Two guns and a knife were recovered at the scene, Harrison said as a detective held up photos of the weapons.
The identity of the officer or his command has not yet been revealed, but officials say the shooting was “justified.” He was not injured in the exchange of gunfire. Only one other shooting occurred overnight after the previous night saw eight people shot, including one woman killed in a domestic shooting.
The one other shooting occurred at 1:30 a.m. where a 29-year-old man was shot in the back after a dispute in front of 250 West 131st Street in Harlem.
Officers from the 32nd Precinct said the victim was taken to Harlem Hospital in stable condition, but he has been yet “uncooperative with investigators.”

Meanwhile, a 33-year-old Brooklyn man is under arrest for the Oct. 28 shooting death of a 34-year-old man in East New York.
Detectives from the 73rd Precinct and PSA3 arrested Umajestice McKensie, 33, of Wortman Avenue in connection with the murder of Marvin Carroway, 34, of Sutter Avenue. McKensie is also being charged with possession of a loaded firearm.
Officials say that McKensie shot Carroway inside the lobby of 335 Sutter Avenue, the Hughes Houses, a NYCHA development in Brownsville, Brooklyn. The motive for the shooting was not immediately known, but at the time, police believed the shooting to be gang related.
In an unrelated arrest, detectives from the 73rd Precinct arrested a 49-year-old Brooklyn man for the shooting death of his 45-year-old girlfriend in front of her home in Brownsville early Tuesday morning.
Detectives are charging Leroy Worrell, 49, of New Lots Avenue, with the shooting death of Kimberly Grant, 45, 0f Chester Street.
Police say Worrell shot Grant in the chest and groin in front of her home early Tuesday morning after an argument in the street. Police were on the seen in seconds and were able to arrest Worrell nearby after he allegedly tossed the murder weapon under a car on Livonia Avenue near Rockaway Avenue.
Grant later died at Brookdale Hospital from her wounds. Worrell is being charged with murder and possession of  a firearm.

The NYPD released video of a man sought in connection with a non-fatal shooting in East Flatbush on Oct. 23.
Detectives from the 67th Precinct say that at 11:20 p.m. a 34-year-old man was shot in the hand after a parking dispute at the intersection of Clarendon Road and Kings Highway in East Flatbush.
The assailant parked and exited a black Audi Q5, pulled a handgun and shot the victim, a 34-year-old male who was a passenger in a four-door sedan. The victim was in stable condition  SUNY Downstate Medical Center.
A video of the unidentified assailant shows him inside of a restaurant located at 5814 Clarendon Road, shortly before the incident.
In the second incident, police are seeking the identity of a gunman who shot and killed a 28-year-old man in Bedford Stuyvesant, Brooklyn on Nov. 8.
Investigators from the 77th Precinct say at 7:23 p.m. that night, the victim was shot in the torso and leg at the corner of Ralph Avenue and Lincoln Place. Police found the victim lying in front of 578 Ralph Avenue and he was rushed to Brookdale Hospital, but could not be saved.
The victim was identified as Eryk Ford, 28, of Saint John’s Place.
Police provided a video of the alleged assailant near the shooting scene.
Anyone with information in regard to this incident or any of the other shootings is asked to call the NYPD’s Crime Stoppers Hotline at 1-800-577-TIPS (8477) or for Spanish, 1-888-57-PISTA (74782). You can also submit tips online …

Home » Featured Audio Posts
a
Advertisements - Advertising at The News And Times – advertising-newsandtimes.com | WE CONNECT!