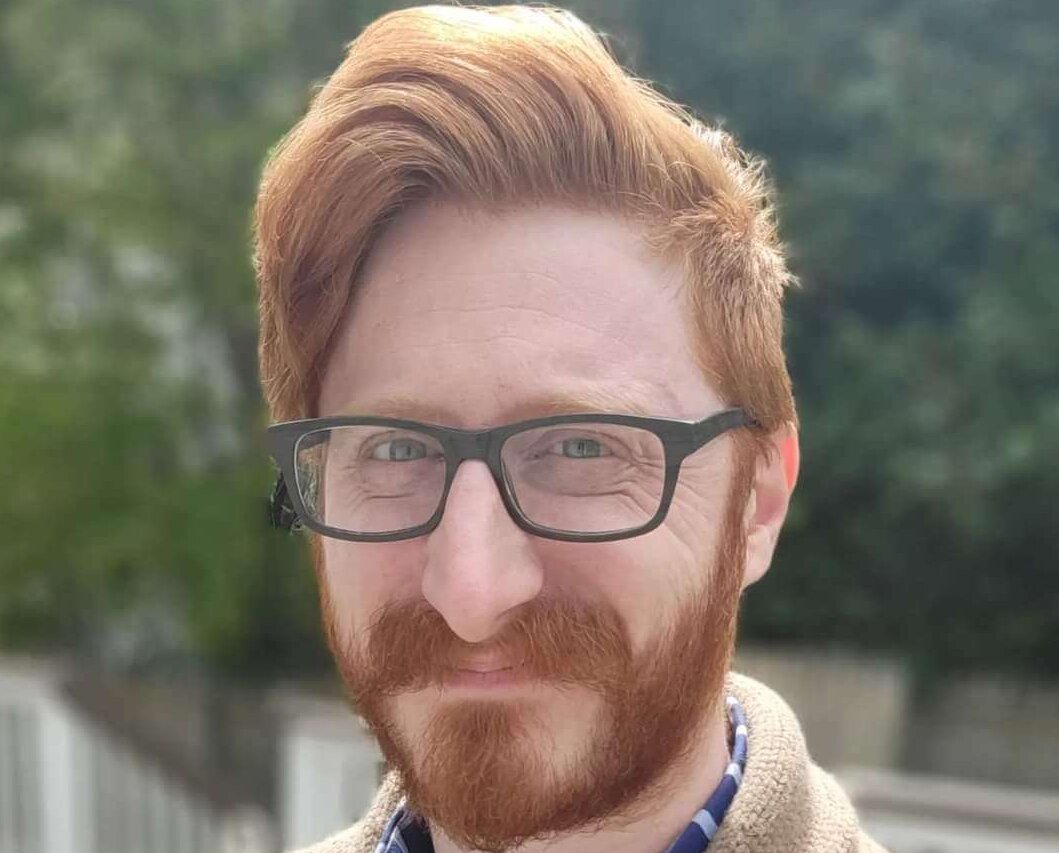 The internet can be an unpleasant place for Jews. Antisemitism can be overt, but often times, it’s more subtle. A simple emoji or number in a tweet can often be a reference to Hitler, hidden in plain sight.

Enter John Bradley-Lestrange, an adjunct professor at Kean University in New Jersey who specializes in the Holocaust and genocide studies. On his popular TikTok account, which has 355,000 followers, he breaks down some of the most pervasive antisemitic dog whistles — the secret codes used to convey anti-Jewish sentiments, Holocaust denial and other racist tropes.

He told the Forward why he started translating these symbols and why they’re so nefarious.

This interview has been lightly edited for brevity and clarity.

Why did you start doing this?

It wasn’t a choice made in a vacuum. I get those dog whistles posted on (my) videos — anytime that I post any kind of video about antisemitism or the Holocaust, or anything like that, people will very often just post them. So I decided to use that as an opportunity to call out some bigotry and just start educating people on things that they’re going to see on social media.

Do you go out looking for these dog whistles or do they just come up as part of regular internet discourse?

So it all actually started about seven or eight years ago, on Twitter, I started seeing three parentheses around people’s usernames and in tweets. I was wondering, what is that? So I looked it up and I found out that it was the echo. So that’s how it sort of all started. And then I just started seeing that and a bunch of other pretty suspicious things in comment sections, and I started looking into them. Once you start doing it, people start asking, “What does this one mean?” And now it’s all my account is about.

Are there other forms of racism where this kind of thing happens this frequently?

I mostly see it from the neo-Nazi, white supremacist side of it, because a lot of them tend to think that I’m Jewish. Because I have a big nose and that is a fairly common Jewish stereotype. But there are transphobic dog whistles, there are anti-Black dog whistles. It’s just that I tend to see the antisemitic ones the most.

How do you know when something is being used as a dog whistle?

I spent a significant number of years studying the Holocaust and similar types of events. Something might be a new dog whistle for me or something that I haven’t seen before, but what they’re using to represent that particular kind of bigotry isn’t exactly shocking. It’s just annoying at this point, because now, like half of the emojis out there can be some kind of secret coded message.

I’m familiar with some of the dog whistles you’ve explained but, for example, the ballpoint pen one was new to me.

That’s what makes dog whistles effective, is that they look like other things. Right? So like the number 14, and the number 88 are in a bunch of people’s email addresses and usernames, and it might be because they were born in 1988.

On the ballpoint pen video, I explained that a lot of people were leaving pen emoji comments on people’s videos as a way of saying, “I’m taking notes, I’m remembering what you’re saying for the future,” not realizing that it can also be kind of a nefarious thing. Most profiles that post dog whistles maliciously will be pretty obvious about it. You’ll go over to their profile, and they’ll have a bunch of terrible videos on it, or they’ll just say, “Christian nationalist,” or like “WP” standing for white power in their profile bio. But also if you just see someone comment a bunch of random numbers on a video apropos of nothing, that in and of itself is pretty suspicious.

How do you keep up to date with what people are using as codes?

Unfortunately, without going on to 4chan, or 8chan, or any of these white supremacist internet message boards, I don’t know what new ones they are coming up with. And frankly, I am not going to subject myself to being on their social media platforms. Most of the more commonly used ones are going to be older ones. Like the echo, the two lightning bolts, just a nose. And these are ones that have been used for years at this point. The 14 and the 88 are almost 20 years old, at this point, at least.

Why is it so important for the average TikTok user  to know about these dog whistles?

Because when we don’t know about them, we’re allowing bigotry and hate to just be happening underneath our noses. That’s sort of how those pipelines work, if we don’t raise awareness for what these dog whistles mean, and what ideologies they’re trying to signify. Someone might go looking for, like, “What does 13% mean?” When they see it on a video, then they’ll go searching for that independently and if they don’t know the proper ways to do research, they might just wind up on a white supremacist message board being completely flooded with racist messaging and then fall down that pipeline.

The post An academic is breaking down antisemitic dog whistles on TikTok appeared first on The Forward.