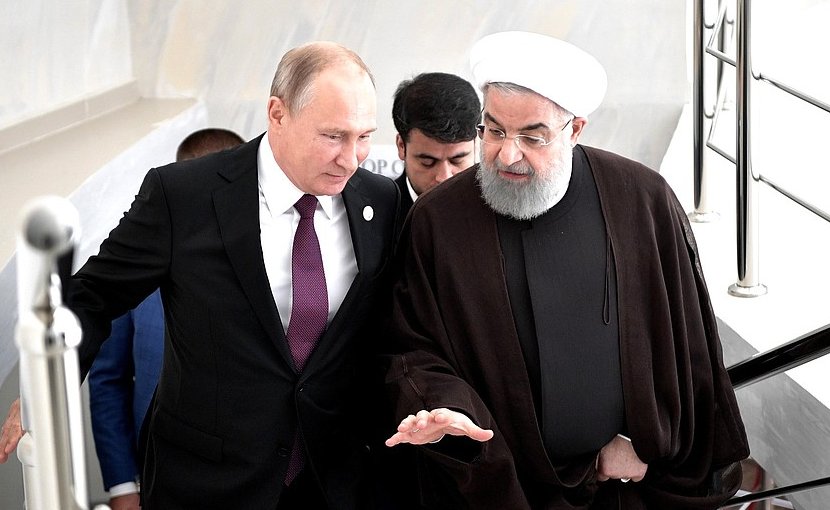 President Vladimir Putin on Friday called on the permanent members of the UN Security Council and Germany to convene an emergency Iran summit to avoid an escalation of tensions in the Gulf.

China, France, Russia, Britain, the US, Germany and Iran should take part in the video summit, the Kremlin chief said.

“It’s an urgent issue,” Putin said in a statement released by the Kremlin.

“Discussions at the UN Security Council over the Iranian issue are becoming increasingly tense,” Putin said, adding that Moscow’s ally Iran was a target of “groundless accusations”.

“The goal is to put together a blueprint that would allow to avoid confrontation, an escalation in tensions at the UN Security Council.”

He added that the leaders should also agree on ways to ensure security and trust in the Gulf region.

Tensions over Iran have escalated since 2018 when President Donald Trump withdrew the US from a multinational accord that froze Iran’s nuclear programme and reimposed crippling sanctions on its economy.

Last week US Secretary of State Mike Pompeo said Washington would submit a UN Security Council resolution to extend an arms embargo on Iran despite opposition from Russia and China.

The 15-member Security Council will announce later on Friday the result of a vote on the US-drafted resolution to extend the weapons ban. Diplomats say it is bound to fail and put the fate of the 2015 nuclear deal between Iran and world powers further at risk.

If the United States is unsuccessful it has threatened to trigger a return of all UN sanctions on Iran using a provision in the nuclear deal, known as snapback

“We confirm our availability in principle,” the Elysée palace said in a statement. “We have already taken initiatives in the same spirit in the past,” it said.

The 13-year-old UN arms embargo is due to expire in October under the 2015 accord that prevents Tehran from developing nuclear weapons in return for sanctions relief.

Diplomats warn that if the US triggers a sanctions snapback the process would be tough and messy. They say several countries would argue that Washington legally could not activate a return of sanctions and therefore simply would not reimpose the measures on Iran themselves.